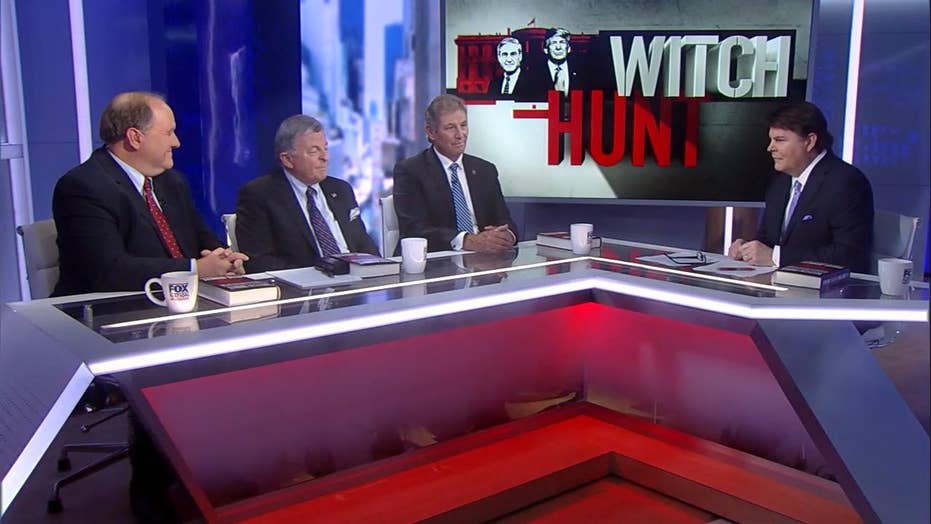 Rudy Giuliani's new lawyer: I was 'converted by the facts' to believe Mueller probe was a 'witch hunt'

The man hired to represent President Donald Trump's personal attorney told Fox Nation that he now believes the special counsel investigation into the president was a “witch hunt."

Jon Sale worked as an assistant prosecutor on the legal team investigating the Watergate scandal that eventually led to the resignation of President Richard Nixon.

He said that he has refused in “countless” television interviews to describe special counsel Robert Mueller’s investigation in derogatory terms, but after reading Fox News legal analyst Gregg Jarrett’s new book, he said he has been “converted”.

“I've been on television countless times and until today I’ve started off by saying  ‘The Mueller investigation -- I don't believe it's a witch hunt.’  I read your book… And I've been converted. I've been converted by the facts not by political philosophy one way or the other,” Sale said on Fox Nation.

Sale is now providing legal counsel to Giuliani as the former New York City mayor faces mounting scrutiny over his role in encouraging the president of Ukraine to investigate allegations of corruption related to former Vice President Joe Biden and Biden's involvement in the removal of a Ukrainian prosecutor, who was investigating a company that employed Biden’s son.  Sale also served as a senior counselor to Giuliani's 2008 presidential campaign.

On Fox Nation’s new special, “Witch Hunt,” Jarrett spoke with a panel of experts about his new book, “Witch Hunt: The Story of the Greatest Mass Delusion in American Political History.”

“So the Mueller report came out and there’s no evidence of a collusion conspiracy… but this has not stopped an impeachment mantra… the drumbeat for impeaching the president continues, “ Jarrett said.

“Is it your sense that Democrats don’t care the reason, they just want to impeach the president?” he asked. 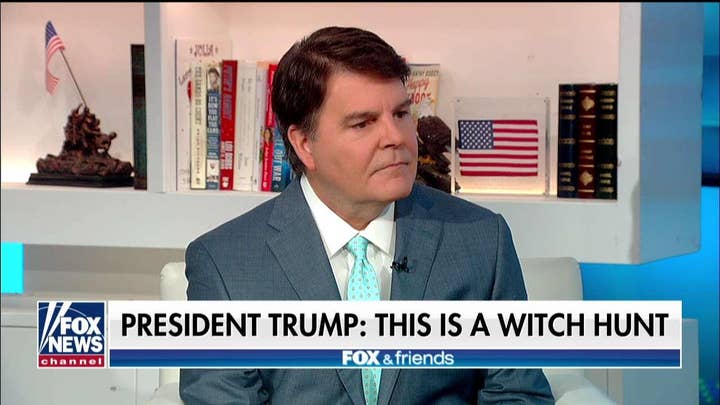 “This has always been about stopping Donald Trump from being president,"  said Fox News contributor and investigative reporter John Solomon. "First, they thought they could do it in the election by leaking the existence of the investigation -- that didn't work. Then it was 'We're going to do a counterintelligence criminal investigation and get that out there' and then 'We're going to name Bob Mueller' and then he finds no evidence of criminality. So impeachment is the last option that those critics have and... I think they're going to continue to pursue it until the public tells them it's a bad idea.”

In his book, Jarrett argues that the so-called Russia collusion investigation was “the story of a pernicious lie that was invented and spread in a collusive effort to sabotage the election of Donald Trump and when that plot failed and he was elected -- the objective then shifted newly aggressive tactics were deployed to destroy his presidency undo his election and drive him from office.”

Sale said that his overriding concern after evaluating the Russia probe is how to prevent a similar episode from recurring.

“What do we do about it so it doesn't happen another time? Whether it be to a Democratic president or a Republican president. There needs to be some check.  What they were doing is rather than articulable facts that a crime was committed they were looking for a crime… that's very dangerous to the president of the United States and to all of us -- to everybody.”

To watch all of "Witch Hunt" visit Fox Nation and join today.