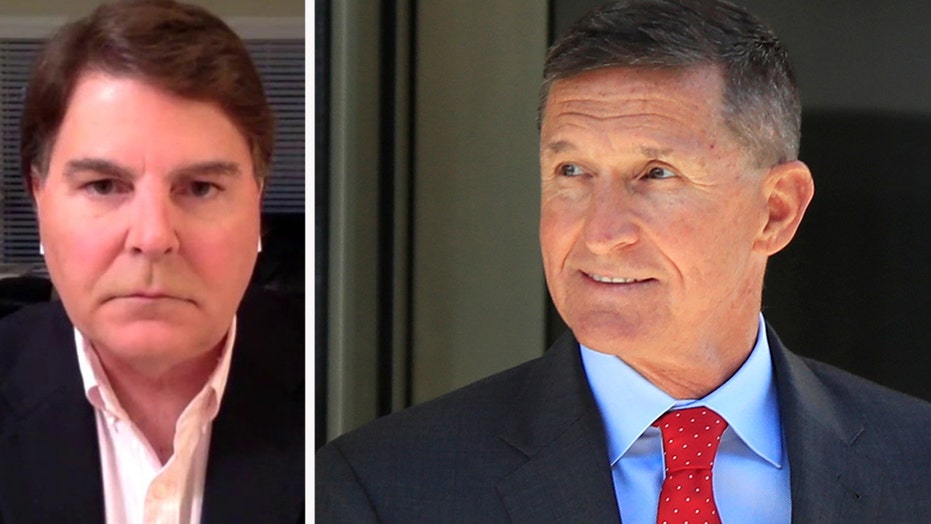 Jarrett: Flynn had a bullseye on his back because he would have exposed the Russia hoax

Obama-era officials involved in the unmasking of former national security adviser Gen. Michael Flynn went after him "with a vengeance" because they knew he would expose the "Russia hoax," Fox News legal analyst Gregg Jarrett asserted Thursday.

In an interview on "Fox & Friends" with host Steve Doocy, Jarrett said that he had asked a top intelligence official why Flynn had been targeted during the 2016 transition period and the official told him it was a punitive concerted effort and a "conspiracy."

"And I think it's because, you know, Flynn had a bull's-eye on his back. People like Comey, McCabe, Brennan and Clapper all knew that once Flynn took the helm...as national security adviser, he would expose the Russia hoax," Jarrett stated. "And so they went after him with a vengeance. They targeted him, and they got rid of him."

Although Flynn pleaded guilty to lying to the FBI about his contacts with the Russians in 2017, he now claims he was entrapped by the government.

Recently released documents revealed conversations between high-ranking FBI officials at the time. The agents were discussing whether the FBI's “goal” was “to get [Flynn] to lie, so we can prosecute him or get him fired.” The notes further suggested a planned alternative to get Flynn “to admit to breaking the Logan Act."

In the weeks following the document release, the Department of Justice motioned to have Flynn's case dismissed. Republican members of Congress have further called for an investigation into the handling of Flynn's case and a list of Obama-era officials who purportedly requested to "unmask" the identity of Flynn was declassified and made public on Wednesday. 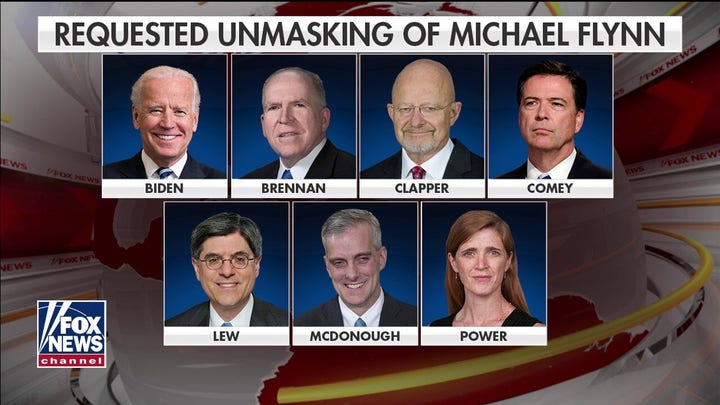 In addition, the District Court judge presiding over Flynn's case, U.S. District Judge Emmet Sullivan, decided Wednesday he would call upon retired federal judge John Gleeson as amicus curiae – or a friend-of-the-court – and ask him to explore whether Sullivan should hold Flynn in “criminal contempt for perjury.”

Jarrett believes the next step in the case is holding those on the list to account in hearings, and that Flynn's attorney Sidney Powell will file a writ of mandamus to a higher court.

He told Doocy that Sullivan has a "feeble grasp on the facts" in the case, seems to be "utterly ignorant of the law," and that bringing another Clinton-appointed judge into the courtroom "makes a mockery of fairness and justice."

"And Emmet Sullivan, who frankly has no business being on the bench, will get roundly spanked by a higher court," Jarrett concluded.

Jarrett has been closely following all the developments in the Flynn case and the investigation into the origins of the Russia probe on his Fox Nation series "Witch Hunt."

In a special new episode, Jarrett spoke to Rep. Devin Nunes R-Calif., the top Republican on the House Intelligence Committee, who told him that the federal attorney who indicted Flynn must now be investigated for his role in this case.