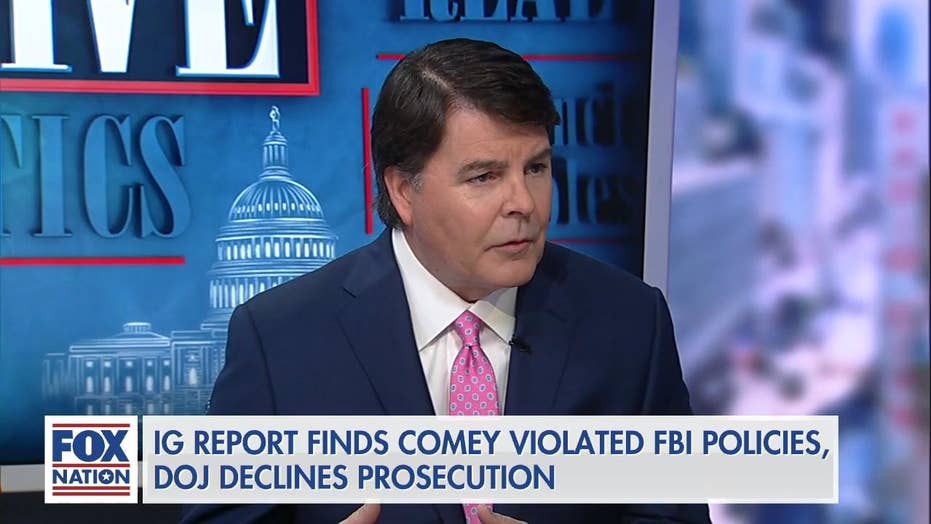 Gregg Jarrett: Comey 'not out of the woods yet' prosecutors maybe awaiting results of FISA abuse probe

"He's not out of the woods yet," said Jarrett on Fox Nation's "Deep Dive".

"James Comey's actually very lucky that he did not get an indictment  The neutral party, the Inspector General, evaluated this case for more than a year and decided, in the end, to send a criminal referral to the prosecutors at the Department of Justice. They decided...we're not going to bring a case against Comey for this," stressed Jarrett.

Jarrett, who is the author of the New York Times best-selling book, 'The Russia Hoax: The Illicit Scheme to Clear Hillary Clinton and Frame Donald Trump', pointed out that the Justice Department Inspector General's investigation into FBI surveillance of the 2016 Trump campaign is on-going, and that fact may have figured into the prosecutors' decision-making in Comey's case.

"[Comey] could have been charged...with theft of government documents. These documents, the IG's report says, were government property, they were not his...That's a clear violation...and I just think that prosecutors decided perhaps that this isn't the best case against Comey, maybe waiting in the wings is a FISA case against Comey," said Jarrett. 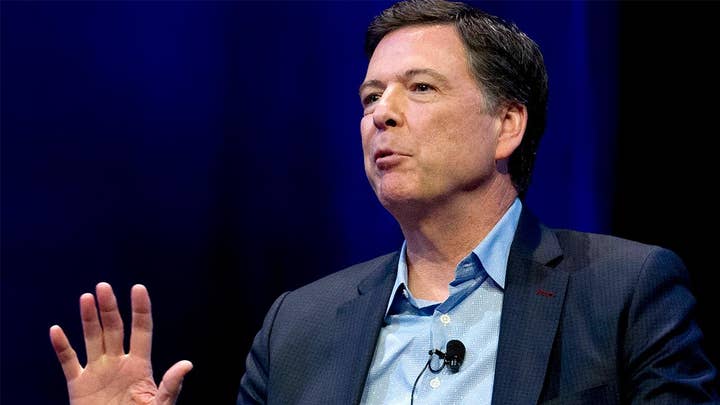 Jarrett continued, "The lion's share of the Inspector General's investigation deals with lying to the FISA court in order to gain a wiretap warrant to spy on a former associate of President Donald Trump, Carter Page...James Comey is one of the individuals who signed off on a FISA warrant and concealing evidence and deceiving the judges.  That's -- according to my count -- six different potential felonies."

Then there is the matter of Comey's Twitter response today, in which he suggests that he is owed an apology.  Comey tweeted, in part, "a 'sorry we lied about you' would be nice."

Former federal prosecutor and criminal defense attorney, Randy Zelin, said that Comey is unrepentant, despite the report's findings that he violated bureau policies by drafting, leaking and retaining sensitive documents.  "Technically, you're not to supposed to take that kind of information home," said Zelin, "You have to acknowledge that what you did was wrong. Why you're not doing anything other than taking a hiatus...again, you did something that you weren't supposed to do."

Jarrett added, "James Comey is being a little arrogant in his tweet demanding the equivalent of an apology because he's still in legal jeopardy."

Wall Street Journal, Editor Page Assistant Editor, James Freeman observed that these new findings against Comey are very similar to past criticism leveled against Comey.  In July 2016,  Comey held an unprecedented news conference to announce that he was not recommending charges against Hillary Clinton for her use of an unsecured, private email server, while secretary of state.  A previous inspector general investigation concluded that Comey "usurped" the authority of the attorney general by essentially exonerating Clinton.

"This sort of sense that he sets his own rules...was the same issue that got him condemned by AG's, former AG's and deputy AG's of both parties in the Clinton matter...where he took on responsibilities that the FBI director doesn't have," said Freeman.

Jarrett observed the irony in the new IG report, remarking on the fact that Comey decided to pass on charging Clinton because he didn't believe that she intended to violate the law, "He got the same 'Get Out of Jail Free Card' that he gave Hillary Clinton."

And for more on all of this watch "Gregg Jarrett's The Russia Hoax" on Fox Nation.  The show is based on Gregg's best-selling book, 'The Russia Hoax.' Plus, Gregg also has a new book on the way, titled "Witch Hunt: The Story of the Greatest Mass Delusion in American Political History."