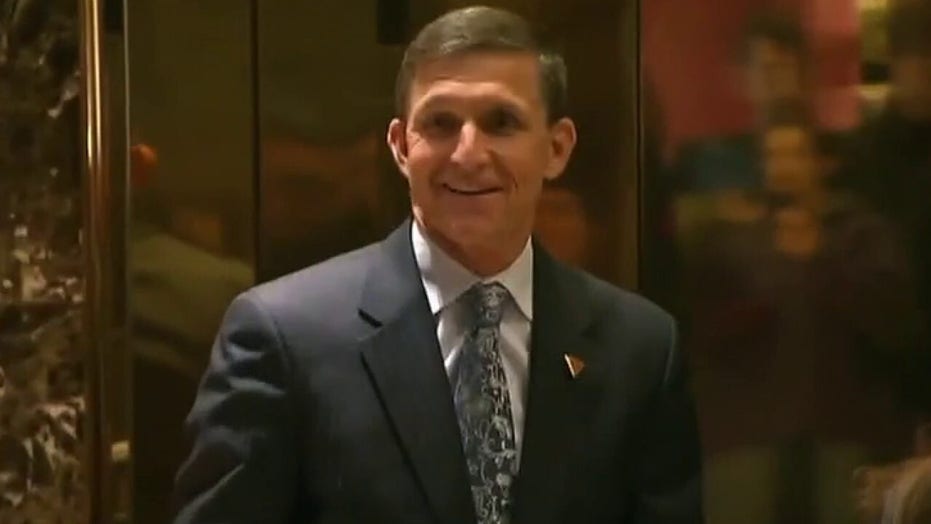 "The Five" reacted Wednesday to the news that a three-judge federal appeals panel ordered a lower court to allow the Justice Department to dismiss its case against former National Security Adviser Michael Flynn.

"This was a long injustice," co-host Greg Gutfeld said. "This was a prolonged injustice directed at a patriot who was simply trying to get ahead and do his job. I mean, get ahead on his new job and serve his country.

"But he got... singled out simply because the skittish little bureaucrats couldn't stand the new boss. And so they took it out on him. And the media were onto it like junkies.

"Vilification became their drug and it blinded them from seeing what exactly what was being done to an innocent man," Gutfeld added.

The 2-1 decision ordered that "Flynn’s petition for a writ of mandamus be granted in part; the District Court is directed to grant the government’s ... motion to dismiss; and the District Court’s order appointing an amicus is hereby vacated as moot, in accordance with the opinion of the court filed herein this date."

Flynn broke his silence on the case by calling into Rush Limbaugh's radio show Wednesday, describing the ruling as a “good thing” for him and his family, as well as “a great boost of confidence” for the American people and in “our justice system.

"His [Flynn's] decision to fire his original lawyers and replace them with Sidney Powell of Texas is probably going to go down as one of the best moves that [a] defendant has ever made," Perino said. "The original lawyers charged him $6.7 million, and now you have this lawyer from Texas, she's a boss lady, comes in and she figures it out."

Co-host Jesse Watters defended Flynn's decision to change his original plea of guilty to a charge of lying to federal agents.

"If my children were threatened to be locked up, if I didn't cop a plea, I'd cop the plea," Watters told fellow co-host Juan Williams. "You have sons. If they threatened to lock up your sons, you'd cop the plea. It's not a crime to change your plea. Everybody knows it."