"The Five" panelists responded Monday to the latest twist in the "Megxit" saga after Prince Harry publicly addressed his decision to "step back" from royal life, and relinquish his title to become financially independent.

"I think they could probably do some pretty good work," co-host Dana Perino said. "I think they will probably get really into climate change... he had done a lot with veterans, especially wounded warriors. I imagine that as they settle in and try to figure out what they want to do, they will figure it out."

In a Sunday speech at a London dinner for supporters of the Sentebale charity, Prince Harry addressed the reasons why he and his wife, Meghan Markle, chose to relinquish their "royal highness," or HRH, titles and move part-time to Canada. Harry said that he wanted to continue supporting Queen Elizabeth II without benefitting from public funding, but "unfortunately, that wasn't possible."

At one point, Harry spoke of the overwhelming media coverage of the couple since their May 2018 wedding, suggesting that it was in large part what drove their decision to finally leave the United Kingdom.

"You looked after me for so long, but the media is a powerful force. And my hope is one day our collective support for each other can be more powerful because this is so much bigger than just us," he said. 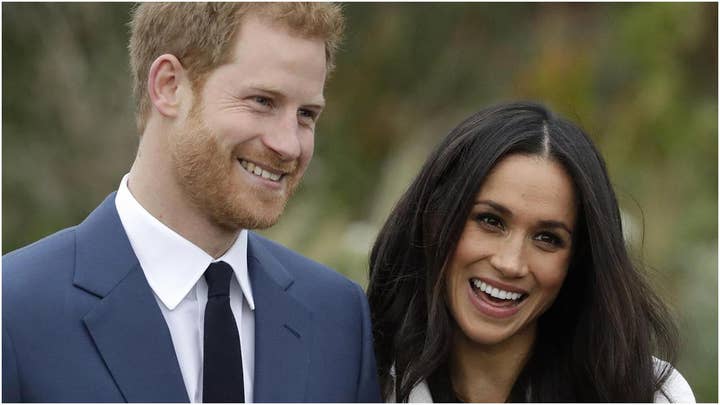 "It’s another facet of life that media ruins," Greg Gutfeld responded. "You can’t have nice things with the media. They ruin royalty. They ruin everything. I hate you, media."

Co-host Juan Williams noted Buckingham Palace's Saturday announcement that the couple will no longer receive public funding and will pay back the $3.1 million they used to renovate their home, Frogmore Cottage.

"They just signed away to monetize the fact that people like us are so interested in them and gossip about them," Williams said. "I think they can do it in terms of the Netflix deals, in terms of books. I think they are going to be fine."