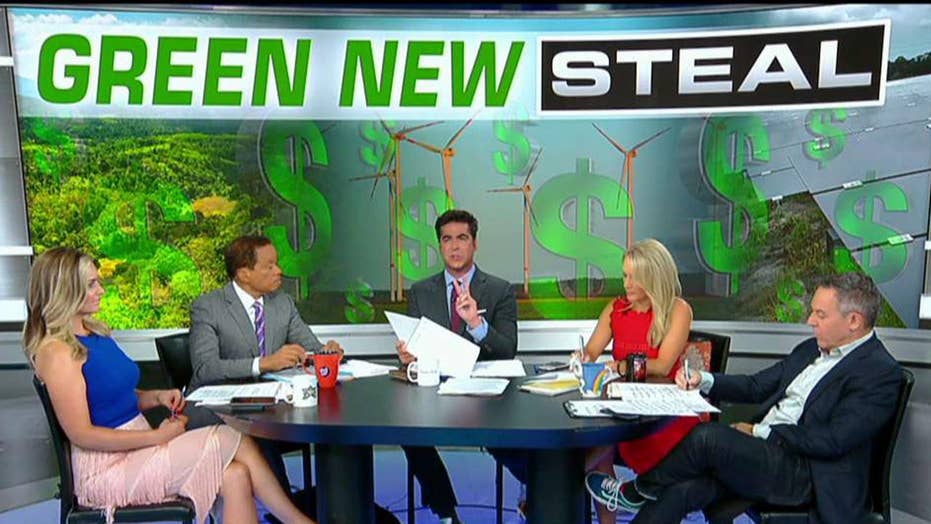 Experts warn that costs could surge even higher because not all the details of the plan to transform the economy are known; reaction and analysis on 'The Five.'

Hosts of "The Five" debated the merits of Rep. Alexandria Ocasio-Cortez's, D-N.Y., "Green New Deal" proposal on Tuesday and said a new study shows it could end up costing some American households $70,000 in just the first year.

Tackling the topic, co-host Jesse Watters described the proposal as "typical liberalism" -- but then urged everyone to read the controversial plan.

"Like the Mueller report, I think everybody should read the Green New Deal," he said, before sarcastically rattling through a few of the points included in the document.

Co-host Katie Pavlich then took a slightly different approach, saying the proposal isn't actually about the environment and is more about changing the country's economic model to redistribute wealth.

Juan Williams then got in on the conversation, saying that the cost of the "GND" is one that is worth being considered.

"I think the cost of the inaction is pretty great," Williams said.

"If we do nothing, and so far Republicans have no plan. At least they are putting forward an idea."