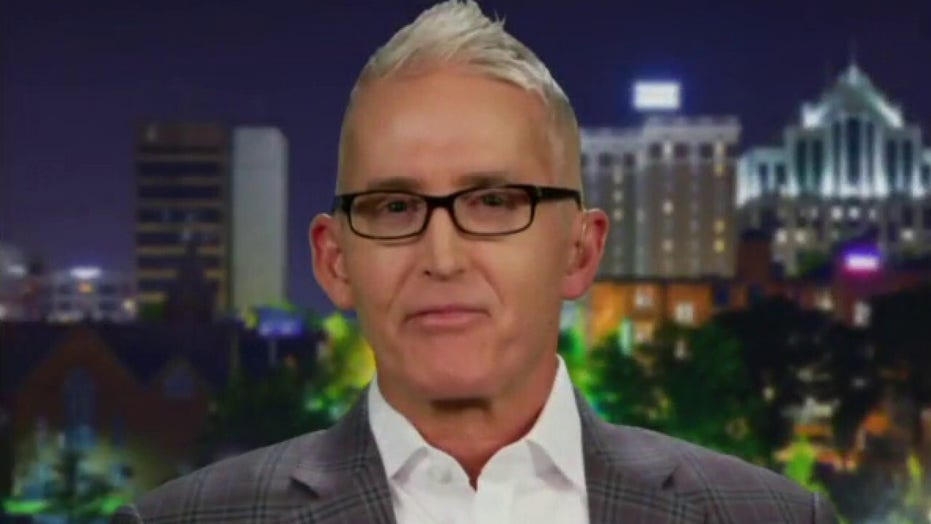 Trey Gowdy on Dems change in language regarding looting, rioting

House Speaker Nancy Pelosi condemned violent protesters from the House floor Thursday -- but it only took "10,000 arrests, $2 billion in property damage and a couple of cops fighting for their lives to finally figure out that the numbers weren’t on her side," said former House Oversight Committee Chairman Trey Gowdy.

ANTI COP RHETORIC FROM DEMS AND ITS EFFECT ON PEOPLE'S LIVES: GOWDY

"It's been about 100 days. In that time, she had time to compare cops to stormtroopers. She had time to call [House Minority Leadaer] Kevin McCarthy the 'enemy of the state.' She had time to get her hair done ...," Gowdy went on, "but she had no time to defend law enforcement until the polls started tightening."

Pelosi and other Democrats shifted their position on the issue in recent days as Attorney General Bill Barr ramps up efforts to criminally prosecute rioters.

"We support peaceful demonstrations," Pelosi said Thursday. "We participate in them. They are part of the essence of our democracy."

But she said, "That does not include looting, starting fires, or rioting. They should be prosecuted. That is lawlessness."

Gowdy, a former Republican congressman from South Carolina, attributed the shift in rhetroic to a realization among Democrats that their failure to forcefully condemn the violence and commit to restoring order in U.S. cities has turned voters away from the party.

He also adressed recent reports that Barr directed federal prosecutors to consider charging rioters and other violent actors with federal charges --  including sedition --  in a call with U.S. attorneys last week.

Federal sedition charges apply to two or more people who "conspire to overthrow, put down, or to destroy by force" the U.S. government, and carries a maximum penalty of 20 years in prison.

"It's really hard to win those cases," Gowdy cautioned, urging Barr to focus instead on cases of illegal firearms and arson.

"The last time we had a high-profile [sedition] case, the government lost," Gowdy said. "So stick with what is easy to prove. Don't reach for things that are legally a stretch."