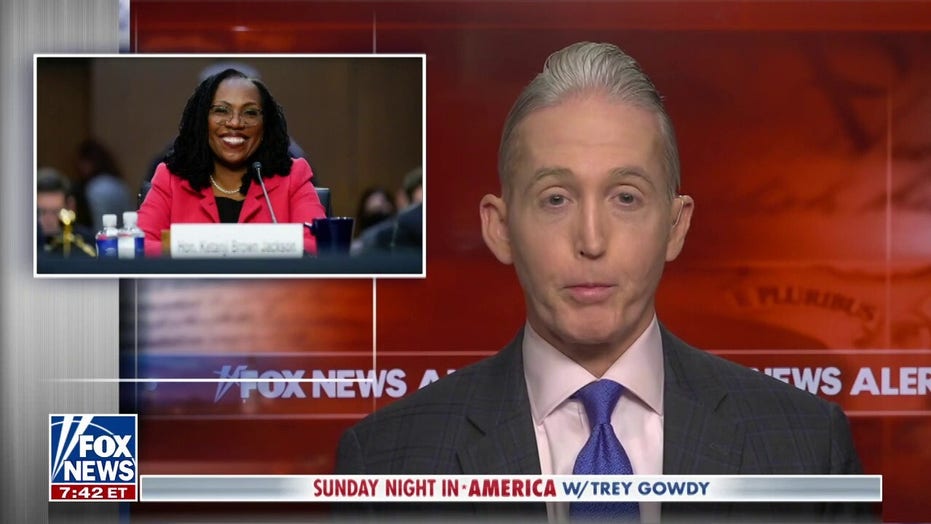 'Sunday Night in America' host Trey Gowdy shares how long it's been since a Democrat on the Senate Judiciary Committee has voted for a Republican nominee.

Fox News host Trey Gowdy reflected on last week's confirmation hearing of Supreme Court nominee Judge Ketanji Brown Jackson on "Sunday Night in America," questioning whether the proceedings were "constructive" or just a display of partisan politics from members on both sides of the aisle.

MCCONNELL SAYS HE WILL OPPOSE JACKSON'S NOMINATION TO THE SUPREME COURT

Trey Gowdy: The Senate Judiciary Committee held a confirmation hearing for Supreme Court nominee Judge Ketanji Brown Jackson. But the memories of the Brett Kavanaugh and Amy Coney Barrett hearings linger. It has been 17 years since a Democrat on the Senate Judiciary Committee voted for a Republican nominee for the Supreme Court. And other than Senator Lindsey Graham, it's been that long since a Republican on the committee voted for a Democrat for the High Court.

So what is the purpose of the hearings if it is a straight party-line vote regardless? Are these hearings educational? Helpful? Constructive? Is this what advice and consent was meant to be?

WATCH THE ‘SUNDAY NIGHT IN AMERICA’ MONOLOGUE BELOW: 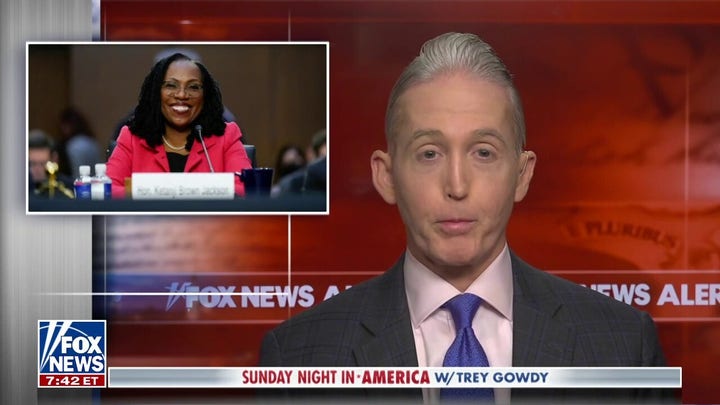