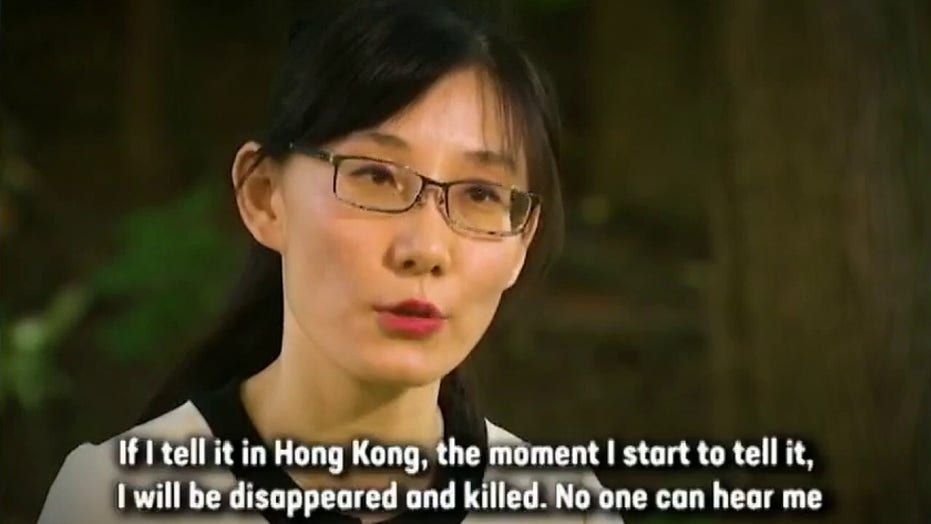 Hong Kong scientist Dr. Li-Meng Yan believes the Chinese government knew about the novel coronavirus well before it claimed it did; reaction from Gordon Chang, author of 'The Coming Collapse of China.'

Gordon Chang, author of "The Coming Collapse of China," told "Tucker Carlson Tonight" Friday that he finds Hong Kong scientist Dr. Li-Meng Yan and her accusations of a coronavirus cover-up by Beijing to be "credible."

"She carries a message that is going to be discordant with what we hear elsewhere because this has become, like, President Trump versus everybody else," Chang told host Tucker Carlson. "And so you have a lot of people propagating China's narratives in this country because it is politically expedient for them to do so in the short term. And, of course, we are in a political season.

"But if she says, 'This is not an issue of politics,' then it's very important that we listen to what she says," Chang added, "because it does corroborate much of what we know about what the World Health Organization and China were doing in that critical January period."

Yan, who specialized in virology and immunology at the Hong Kong School of Public Health, told Fox News in an exclusive interview that she believes the Chinese government knew about the novel coronavirus well before it claimed it did. She says her supervisors, renowned as some of the top experts in the field, also ignored research she was doing at the onset of the pandemic that she believes could have saved lives.

Yan, now in hiding, claims the government in the country where she was born is trying to shred her reputation and accuses government goons of choreographing a cyber-attack against her in hopes of keeping her quiet.

Chang reminded Carlson that there are two main theories about how the coronavirus originated in humans.

"One of them is this was ... a transfer in the wild from an animal to a human. The other is that this was an accidental release from the Institute of Virology," Chang said. "And I have to say that my view is the latter one, because most diseases in China originate -- and these coronavirus diseases originate -- in southern China. All of a sudden, we have one originating in the middle of China within 20 miles of China's [Biosafety Level 4] lab.

"That is extremely suspicious. We know that a Chinese major general was put in charge of the lab sometime around March," Chang said. "And I believe that she cleaned up the lab to prevent the world from knowing any evidence of what was going on."