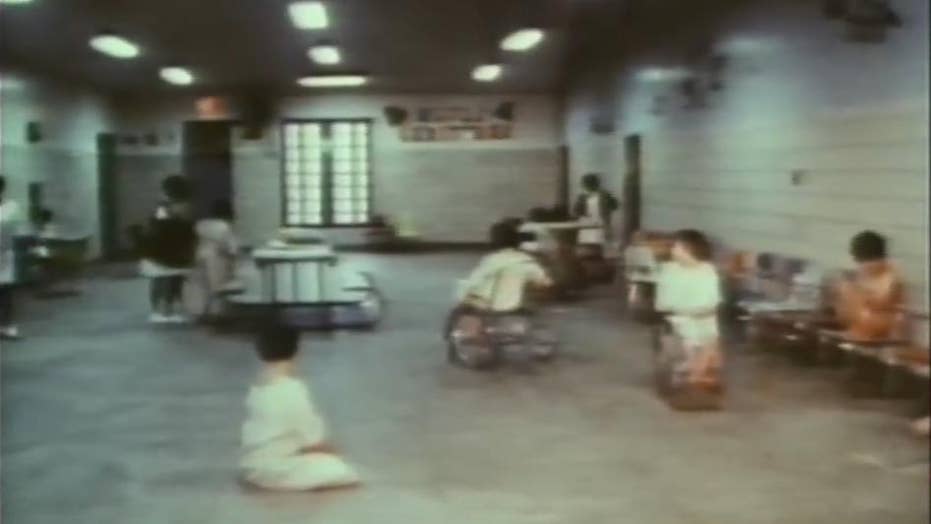 Geraldo: The story 'branded on my soul' that caused a revolution

In 1972, a young reporter exposed a sickening, state-run system of neglect and abuse carried out under the noses of millions of Americans and in one of the country's biggest cities.

When the horrors of Willowbrook State School, in Staten Island, New York, were finally exposed, the ill-equipped, disease-ridden facility housed more than 6,000 developmentally and physically disabled people, and it had been in operation for decades.

Fox Nation's new documentary series "I am Geraldo: 50 years" looked back over Geraldo Rivera's storied television news career, beginning with the exposé that sparked a national reckoning over America's treatment of its most vulnerable, catapulted Geraldo to national fame and continues to haunt him to this day.

"It changed the trajectory of my life completely," said Fox News' roaming correspondent-at-large. "It made me a celebrity in many ways, ironically. ... That's part of the guilt that I bear over the decades."

Willowbrook State School was opened in 1942 to house and educate the developmentally disabled, but two just decades later, it had already become a nightmare.

"I visited the state institutions for the mentally retarded," said Sen. Bobby Kennedy in 1965, using an outdated term to describe people with intellectual disabilities. "I think, particularly at Willowbrook, we have a situation that borders on a snake pit."

Kennedy's condemnation and subsequent newspaper reports about deteriorating conditions at Willowbrook would momentarily raise awareness, but they did little to force change.

Budget cuts exacerbated the situation and soon only 2,000 workers remained to care for a population over 6,000. Efforts to provide therapy and education at the facility were abandoned, as the staff struggled and failed to keep patients clean, clothed and fed. 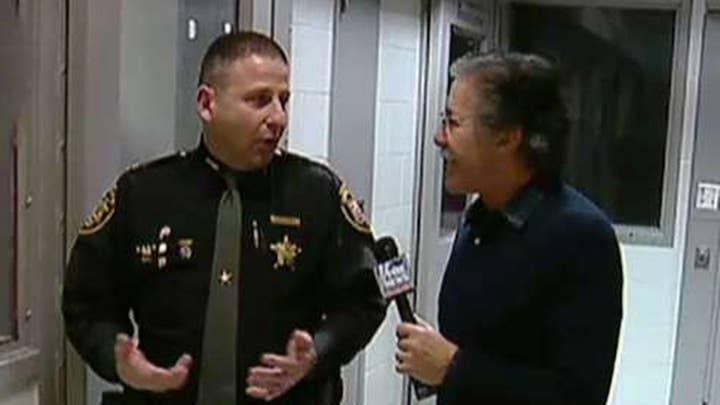 "I began working at Willowbrook in 1970," Dr. William Bronston told Fox Nation. "The first time I went there, I stood there, I was crying. ... I'd never seen such wanton disregard for children."

"It was much worse than I thought," recalled Dr. Michael Wilkins, another Willowbrook physician.

Dr. Wilkins was eventually fired for organizing the parents of Willowbrook's patients to advocate for the proper care of their children. With nowhere left to turn, he reached out to a 28-year-old lawyer, who he had previously asked to help a group of nurses in a wage dispute.

That young attorney was Geraldo Rivera.  Geraldo had recently joined the Eyewitness News team at WABC in New York, where he was looking for stories that resonated in his community.  Little did he know -- this story would shock the nation and start a movement.

"I get a call from Dr. Wilkins," remembered Geraldo in the Fox Nation show.  "He said, 'These are the worst conditions you've ever seen in your life. There are children that are being abused here."

Geraldo and a TV news camera crew were dispatched to Staten Island to see what they could find.  They scrambled over a fence and snuck into Willowbrook's Building Six where they discovered, what Geraldo later described as, "a crime against humanity." 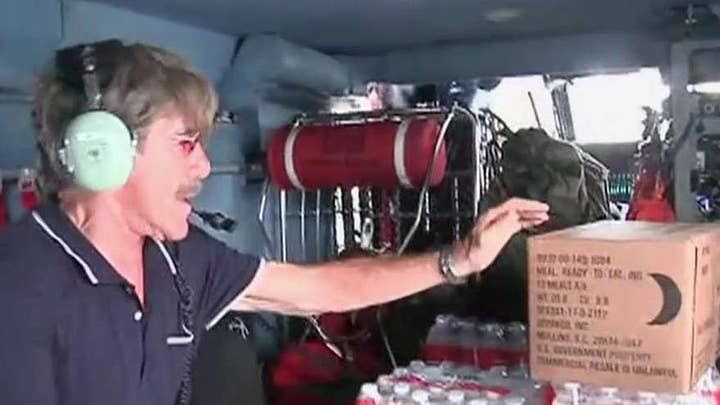 "There was one attendant for perhaps 50 severely and profoundly retarded children lying on the floor naked and smeared with their own feces," reported Geraldo in archival footage from the 1972 documentary.

"They were making a pitiful sound, the kind of mournful wail that it's impossible for me to forget," he continued.

"The mournful wail that the kids were making is the soundtrack of my nightmares."

"Nobody had ever really gone in and filmed for national television the actual conditions of a hellhole like this and people didn't believe it," Dr. Wilkins told Fox Nation.

"The sound, the smell, the sights of it," remembered Geraldo nearly 50 years later, "It's something that is branded on my soul. I swear to you that I can conjure up exactly how I felt at that moment. That sound -- the mournful wail that the kids were making -- is the soundtrack of my nightmares."

On that first day at Willowbrook, Dr. Wilkins introduced Geraldo to a young man with cerebral palsy, who had been at the institution for 18 years. 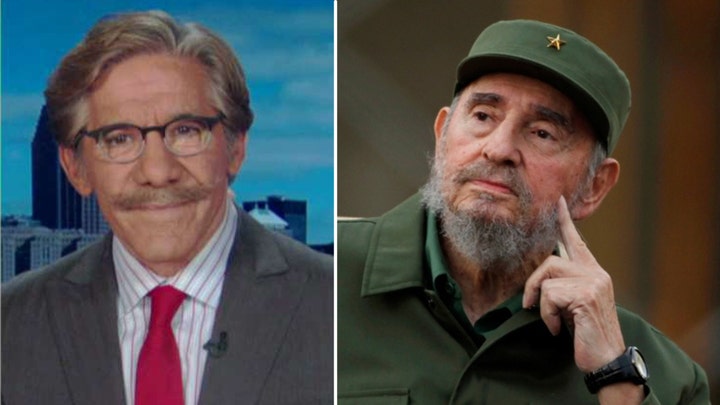 "Bernard's story encapsulates the entire movement," Geraldo told Fox News. "He was locked away and labeled as 'mentally retarded', even though his IQ is perfectly normal."

In an interview filmed inside the facility, Geraldo asked Bernard to describe his life inside Willowbrook.

"Disgrace," he answered. And that powerful response became the title of Geraldo's documentary, "Willowbrook: The Last Great Disgrace."

"We put that on the air and it was like an explosion," said Geraldo, "It was one of the most amazing, phenomenal reactions you could possibly imagine."

Footage from the time shows the news anchors barely unable to contain their disgust as video from inside the facility was shown.

"When the thing hit the TV screens, it was a bomb," said Dr. Bronston. "Geraldo was so animated. He was so angry. ... Everybody in the country saw it."

"Even though people had written about it, they had never seen it," Geraldo told Fox News, "and to see it and to hear it and to smell it was something that was a revelation and it caused a revolution." 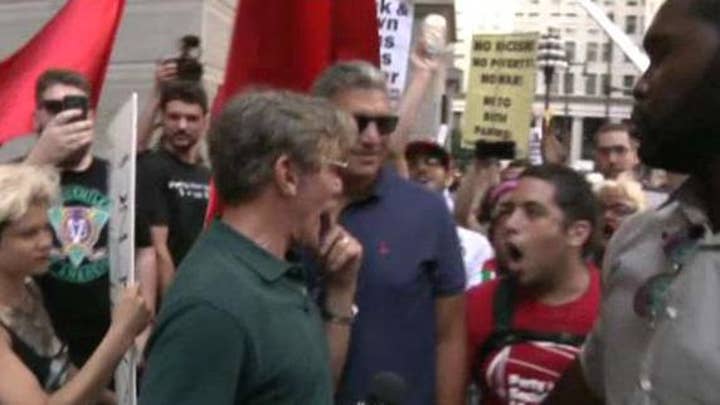 Geraldo and his news team turned the Willowbrook reporting into a series. They returned to Willowbrook, investigated other institutions in the region and proposed solutions to the century-old system of institutionalizing the disabled.

"Kennedy, he talked about it, but he didn't show it and he didn't persist," Willowbrook parent Diana McCourt said. "The persistent devotion to the story was what really gave the whole movement the juice it needed. ... He broke that wall of shame and secrecy, it changed everything."

In 1975, New York State signed a settlement agreeing to reduce the population in Willowbrook to no more than 250 patients and to work to create housing for thousands transferred out of the institution.

"He broke that wall of shame and secrecy, it changed everything."

"If you look at the Willowbrook Consent Decree," argued Dr. William Fritz, president of The College of Staten Island, which stands on the former Willowbrook grounds, "I believe that you can draw a straight line to the Americans with Disabilities Act, which really influenced public policy for the whole nation, maybe for the entire world."

"I was moved and am still committed to making a difference," he concluded.

Geraldo remains an active advocate for the developmentally disabled and works with charitable groups, like Life's WORC, which provide support for people with intellectual disabilities and autism.

To watch all of "I am Geraldo: 50 years" go to Fox Nation and join today.