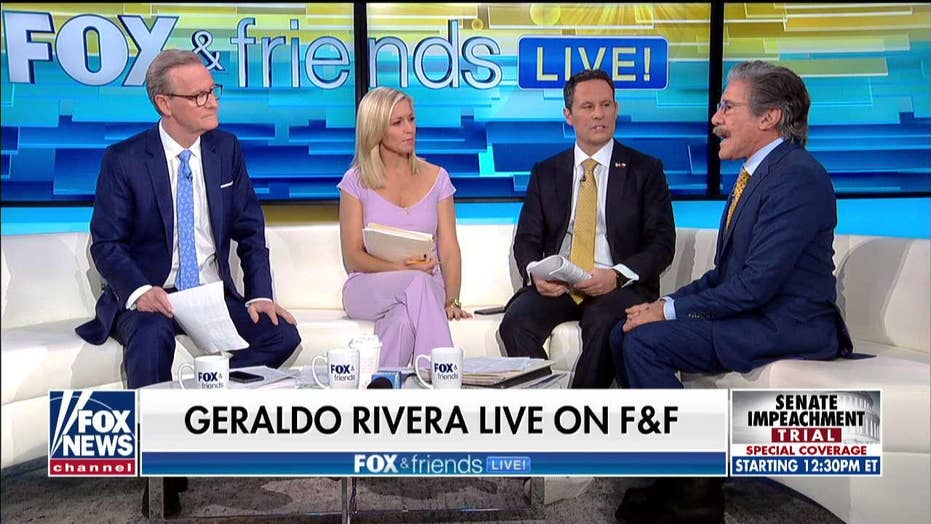 Impeachment is a "partisan sham" perpetrated solely by House Democrats for their own political agenda, correspondent-at-large Geraldo Rivera said Friday.

Appearing on "Fox & Friends" with hosts Steve Doocy, Ainsley Earhardt, and Brian Kilmeade, Rivera reiterated that President Trump was not impeached by the body of Congress of the United States as a whole but by the Democrats.

REPORTER'S NOTEBOOK: TRUMP'S SENATE IMPEACHMENT TRIAL COULD BOIL DOWN TO ONE WORD -- 'PETTIFOGGING'

"This was a purely partisan play. They impeached him because they could. They have weaponized impeachment," he stated. "The next time there's a Democratic president and there's a Republican House of Representatives, they'll impeach him...or her because impeachment now has been so degraded."

Friday marks day four of the impeachment trial in the Senate after three days of sleepy senators, indignant House mangers, and quotes from the inspiration for the Broadway smash hit "Hamilton": Alexander Hamilton. 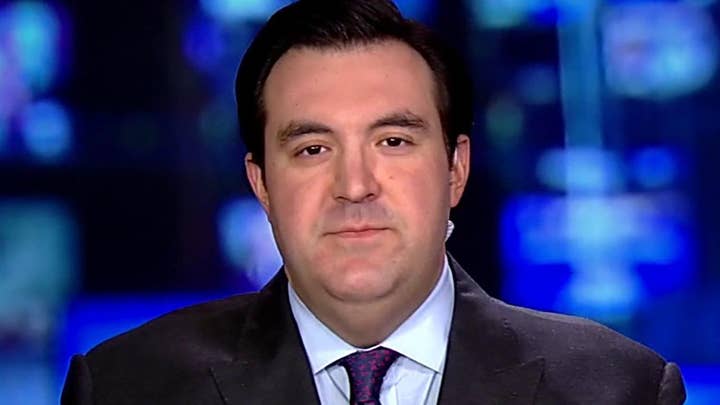 While Senate GOP leaders argue that they have seen nothing "new" in the trial since the two articles of impeachment were passed from the House, Democrats say that if they want new evidence they should be allowed to provide new witness testimony and evidence.

In order to have demands for the introduction of new witnesses and documents met, Democrats will need the help of four GOP senators to win the necessary majority vote. But Republicans are actively trying to avoid any party defections. No new witnesses would mean a speedy trial and a quicker vote to acquit the president.

Sen. Richard Burr R-NC., displays a stress ball as he walks to the Senate Chamber prior to the start of the impeachment trial of President Donald Trump at the U.S. Capitol, Thursday, Jan. 23, 2020, in Washington. (AP Photo/Steve Helber)

Rivera told the "Friends" hosts that while he thought the president's conduct in Ukraine may be "tacky and irregular," it was not illegal and there was no crime.

"You go back to the Founders -- what did they conceive when they wrote Article 2, Section 4 of the Constitution that the president can be removed from office for high crimes or misdemeanor, treason, bribery? They set a very high bar, but they had protection. They had a...wall against presidential misconduct. If he went that far, he would hit the wall and there'd be something to do about it," he explained.

Rivera said he hoped the president's lawyers would be "majestic" in their outrage because Democrats have used the Constitution to "whip" the president in an "irregular and unlawful way."

"I want him to be acquitted and I don't want witnesses," he concluded. "I want a summary judgment motion made and I predict that not a single Republican will break ranks."