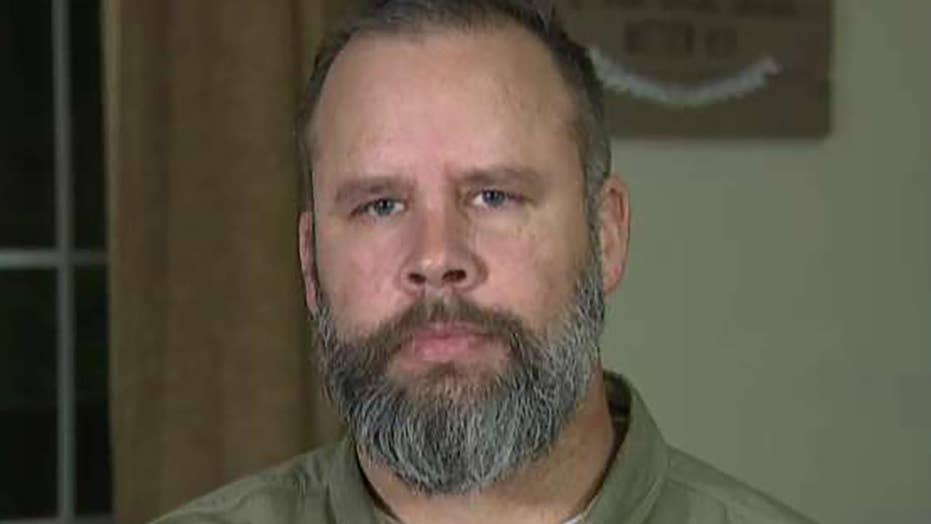 Shawn Manning, who was shot six times by convicted murderer Nidal Hasan, recalls the attack and questions the handling of the case on 'America's Newsroom.'

One of the Army soldiers wounded on the base, Staff Sgt. Shawn Manning, joined Bill Hemmer on "America's Newsroom" to discuss the death sentence handed down to the gunman, former Army psychiatrist Maj. Nidal Hasan, and the years of legal wrangling.

Hasan has remained on death row for seven years and counting. Manning said he hopes "justice gets served" but realizes Hasan may never be executed.

"Maybe his time on death row will help him reflect on what he did and how many lives he destroyed and what he did to the people that day," he said.

Manning was shot six times, with one bullet narrowly missing his heart. In a 2012 Fox News special he said he had sworn to uphold the Constitution of the United States against all enemies foreign and domestic.

“Domestic enemy, I mean, that’s what this was," Manning said. "He might have worn the uniform, but he wasn’t a soldier. He didn’t act like a soldier. He tried to kill soldiers. I mean, he was an enemy – plain and simple.”

When it came to Hasan, Manning said, there was a double standard. Hasan wrote emails to radical American cleric Anwar al-Awlaki seeking advice on reconciling his Muslim faith with serving in the Army. This fact was known to the FBI.

The case was originally ruled as not being a combat-related incident, leading to a backlash from many politicians and veterans.

"People died that day trying to take him down," said Manning, who now lives in Washington state.

He said some of the legal issues remain "unresolved" to this day.