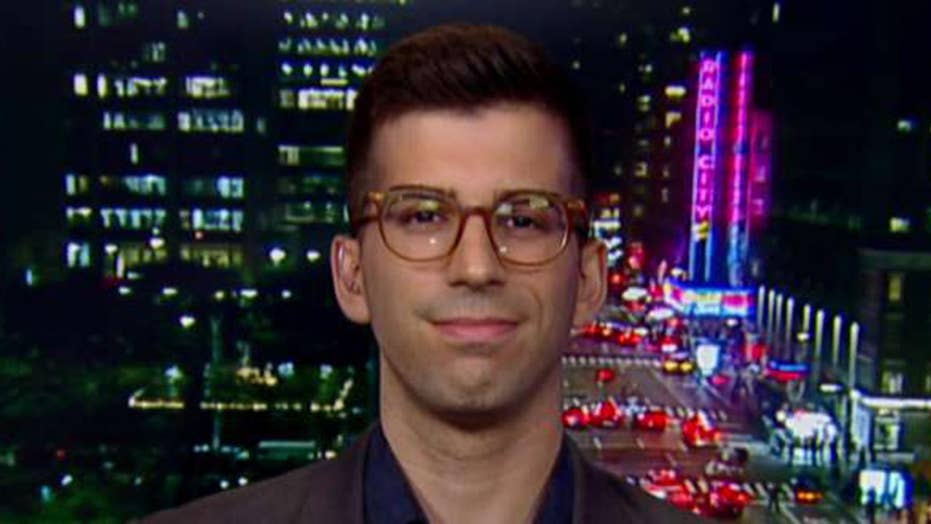 "The reason I'm running on this platform is we're going through a fundamental economic shift -- the greatest in our history where we're automating away the most common jobs in our economy," Jonathan Herzog said on Fox News' "The Ingraham Angle."

Nadler, 72, has been a member of Congress since 1992 and currently serves as chairman of the House Judiciary Committee. He represents New York's 10th Congressional District, which includes parts of the Manhattan and Brooklyn boroughs of New York City.

"Working in retail is still the most common job," Herzog explained to guest host Jason Chaffetz. And so we need to enact meaningful solutions to help hundreds of thousands of folks here in New York and especially in the district to transition to this fundamental economic shift."

Herzog, who announced his candidacy Tuesday, is running on a platform similar to that of Yang, calling for a universal basic income giving citizens $1,000 a month, dubbed a "Freedom Dividend."

"Putting forth bold solutions that address the challenges of our time is what will bring us across the finish line," Herzog said.

At one point during the interview Herzog brought up Amazon not paying federal taxes, using it as reason to push for a "Freedom Dividend."

Chaffetz pressed Herzog on whether he agreed with Rep. Alexandria Ocasio-Cortez, D-N.Y., whose criticism of Amazon ultimately led the company to pull out of a plan to build a secondary headquarters in New York City.

"Do you want Amazon to come to New York, yes or no?" Chaffetz asked.

"Yes, it is good to have job growth," Herzog said after some prodding.