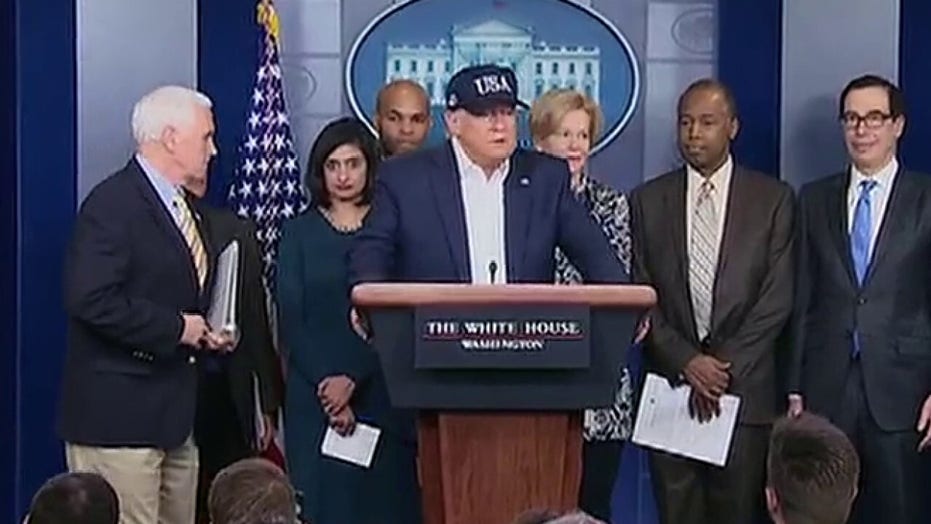 Former White House physician Dr. Ronny Jackson weighed in on the coronavirus outbreak and reacted to the announcement of President Trump's test results Saturday, saying the president is trying to put any issues involving his health to an end.

"I think the president's trying to abide by the same rules that we're going to play to everybody else in this country with regard to testing," Jackson said on "Fox Report" on Saturday. "And to be honest with you, I don't think there was a clinical indication for beginning tests."

Jackson compared the situation to his time as Trump's White House physician and when he performed cognitive testing.

"There was no indication for the cognitive testing either. But there comes a point where the narrative is all about just that," Jackson said. "And you have to do something just to move on to whatever's next and actually put it to bed. And I think that's pretty much what happened here."

"Let's move on. I mean, he's working hard trying to take care of our country here and keep us all safe," Jackson said before criticizing the "liberal" press. "And I think, you know, the press, some of the liberal press in those on the left [have] really spun this stuff."

Jackson, a congressional candidate in Texas, said that Americans will look back on this situation and see that "we overreacted a little bit."

"I guess it's better to be safe than sorry. You know, in some regard. But, you know, I think that this thing has been spun for political reasons," Jackson said. "And I think that a lot of people have really gone overboard with it. Just, you know, it did create a lot of fears. It doesn't need to be."

"But I think we will look back on this," Jackson said of people being critical of President Trump getting tested. "We'll see that this was a little bit overblown or a bit overblown. Hopefully. And we'll be able to move on and do better next time."