Former Pentagon chief of staff Kash Patel slammed President Biden for his "colossal failure of leadership" after reports surfaced he shared intelligence on the potential U.S. response to Russian aggression with China, who then shared the information with Russia. Patel joined "Sunday Morning Futures" to highlight the difference between how the Biden administration and the Trump administration have handled foreign policy.

KASH PATEL: It’s a colossal failure of leadership, and it shows another distinction yet between the Biden administration and the Trump administration. The fact that the commander in chief wouldn't answer that question and that no one is covering leads me to believe that he took classified intelligence and the reporting is accurate now from multiple sources and handed it over to our world's biggest enemy, U.S'., his biggest enemy, China. And then, of course, China was going to turn around and give it to Russia because Xi Jinping and Putin have paired up and teamed up against the United States of America. The fact that this commander in chief did not know that was going to happen is outrageous. But what is tantamount and disrupts American national security is that we're actually doing that. We, as a United States are actually sharing classified information that jeopardizes Ukrainian National Security Assistance, European national security interests and Americans lives. It's being shared with our enemy who is sharing it with the next biggest enemy of America. It is just something that never happened under Trump, and the fact that it's happening under Biden needs to be fully investigated. 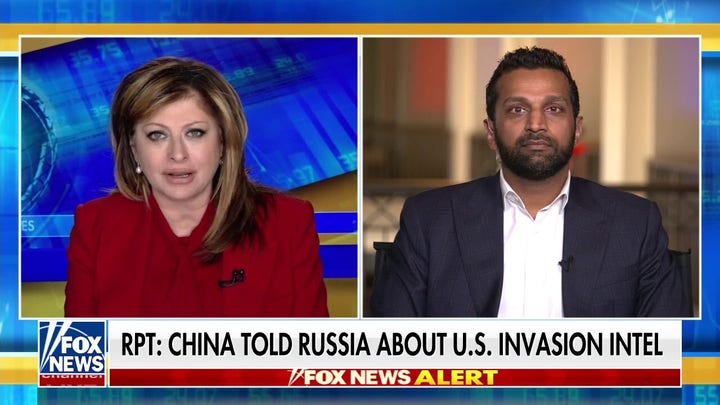