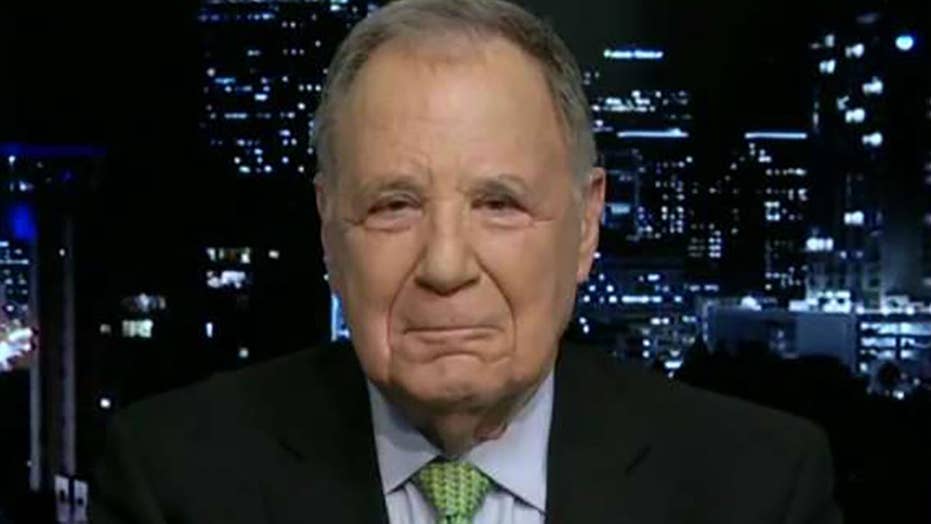 Former Israeli ambassador to the U.N. says Soleimani's death is 'good news for the world'

Former Israeli Ambassador to the U.N. Dan Gillerman reacts to how the attack on Iranian Gen. Qassem Soleimani impacts Israel.

President Trump's decision to order the airstrike that killed top Iranian Gen. Qassem Soleimani was a necessary step and sent a message to Tehran that "enough is enough," a former Israeli ambassador said Monday.

Dan Gillerman, former ambassador to the United Nations and a Fox News contributor, told "America's Newsroom" that it was crucial for the United States to "restore deterrence" and show the Iranian regime that their aggression would no longer be tolerated.

"Israel is actually very grateful for the United States. Not just for doing this very important deed and removing this horrible person from the face of the Earth, but also for restoring American deterrence," he said. "People now know that you don't mess with America and when the president of America says something, he means it. This wasn't always the case. There were red lines drawn in Syria which were crossed time and time again, and I think the deterrence of America and the perception that America was weak was a very dangerous situation."

Gillerman said Soleimani could have been taken out many times before, but he overstepped by directing attacks on Americans in Iraq in the days before his death.

"The president of the United States decided that enough is enough," he said.

A former chief of Iran’s elite Revolutionary Guards said Sunday the Israeli city of Haifa and Israeli military centers would be included in Tehran’s retaliation for Soleimani's death, according to Reuters.

“Iran’s revenge against America for the assassination of Soleimani will be severe... Haifa and Israeli military centers will be included in the retaliation,” Mohsen Rezaei said in a televised speech to mourners in Tehran.

Gillerman responded that Israel is "ready" for any aggression from Iran and disputed that the killing of Soleimani will make Israel less safe.

"Iran does not need an excuse to hurt Israel. Iran has done it in both Israel and in Israeli missions around the world, including in South America," he said. "Its twisted minds and bloody tentacles reach every point of the world, where there are either Jews or Israelis. They don't need an excuse to retaliate or to hurt Israel. However, I agree that this could mean retaliation. We are ready for it. We are not afraid of it. Israel knows how to take care of itself."