On Fox Nation's "Modern Warriors: A Veterans Day Special," Fox News co-host and former reserve military officer Pete Hegseth brought together some of America's most accomplished special operators to discuss the state of the country.

Hegseth raised the issue of divisiveness in the United States and cited a Georgetown University poll, which found that "the average voter believes this country is two-thirds of the way to the edge of a civil war."

Former Green Beret, entrepreneur, and playwright Scott Mann said that he believes that American culture is actually starting to resemble some of the warzones that he served in during his 23-year military career and that the ideology of "identity politics' is breaking down bonds among Americans.

"Most of the places where we fought," said Mann, turning to the panel of veterans, "these are places -- they call them 'bonding trust societies' -- where the only people you trust are your in-group. And then everyone else is an out-group and they're either competing for status or resources and it gets really ugly."

Mann did four tours in Afghanistan and specialized in unconventional missions that required him to work with the indigenous populations. 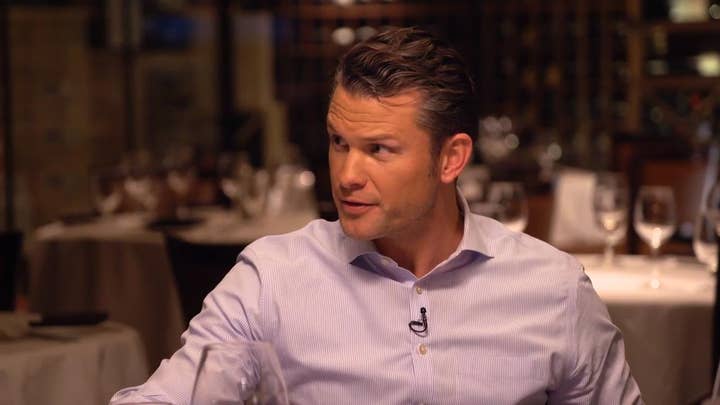 "In our country," he continued, "we actually built a society that's 'bridging trust' where you actually 'bridge' and you can trust beyond your in-group. You can trust an individual that's a different race, color, sexual preference, whatever. And we built this thing and it seems to me that we're abandoning it to go back to a 'bonding trust' kind of world."

"For me, it's like, how do we have the patriotism of September 12th without the tragedy of September 11th? That's what this country needs to go back to and understand that we all probably get along a lot more than we think we do," he said.

"Mark Twain said being a patriot is loving your country all the time and your government when it deserves it," he concluded. "Just because you don't agree with someone being in the office doesn't mean you can't get along with the diversity of America. Appreciate it. It's why veterans tend to get along so well because we celebrate diversity. I served with every color and race and sexual orientation and we all cared about the mission first and we came together as brothers and sisters. And I think there is a beautiful takeaway in that the American public needs to go back to that rather than say, you're a liberal, I'm a conservative, we can't get along."

To watch all of, "Modern Warriors: A Veterans Day Special" go to Fox Nation and sign up today.