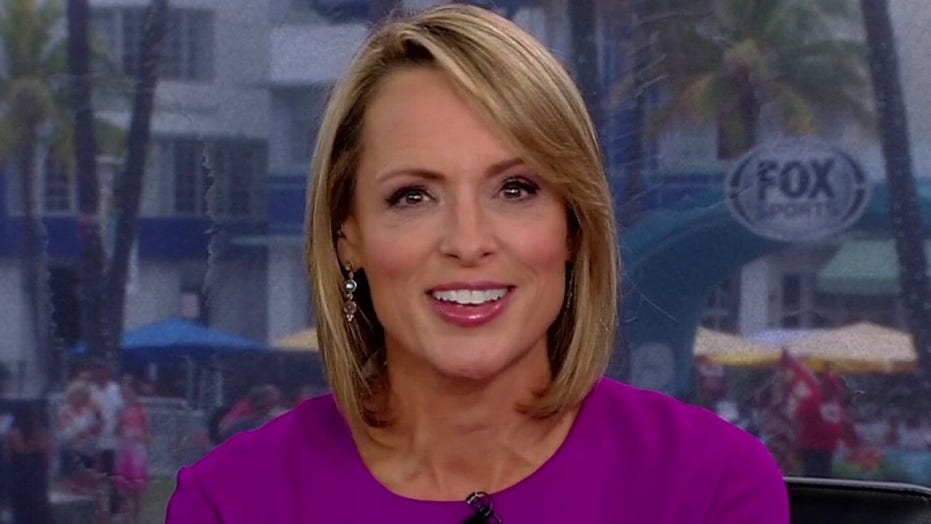 'A Lifetime of Sundays' streams on Fox Nation starting February 10.

Ahead of Super Bowl LIV, former Fox News Channel anchor Jane Skinner Goodell appeared on “Bill Hemmer Reports” to discuss her documentary "A Lifetime of Sundays” that profiles Norma Hunt and three other female NFL owners who shared their background in new interviews and archival footage.

“They’re the generation of 'we.' They’re [not] the generation of 'me' where we’re about kind of selfies and talking about ourselves and our accomplishments. They’re very much the opposite of that: team, family, and community -- that was super refreshing,” Goodell said.

The documentary will be available on the Fox Nation streaming service on Monday, Feb 10.

Goodell, who is married to the current commissioner of the National Football League (NFL), Roger Goodell, said she was inspired to make the movie about four owners -- Virginia Halas McCaskey of the Chicago Bears, Martha Ford of the Detroit Lions, Patricia Rooney of the Pittsburgh Steelers and Norma Hunt of the Kansas City Chiefs -- two years ago while discussing potential celebrations to mark the 100th season of the league.

The matriarch of the Chiefs, Hunt is the only woman to have attended every Super Bowl ever played. Now, her team will compete for their first championship title in 50 years. One play from that winning season, five decades ago, remains fresh in her memory.

Often referred to as the "First Lady of Football," Norma Hunt has been a part of the Chiefs' organization from the very start. Her husband, Lamar Hunt, founded the Chiefs in 1963, and her son, Clark Hunt, is chairman and CEO of the team today.

Goodell said that the four women, who were in their 80s to 90s, were “good students of the game” of football.

“I knew they were big fans because I know when you walk into a skybox with them, you can’t speak to them during the game because they are taking notes, they’re sending texts, all that kind of stuff," she said.

“You know very much at the end of the film, what's important to them,” Goodell added.