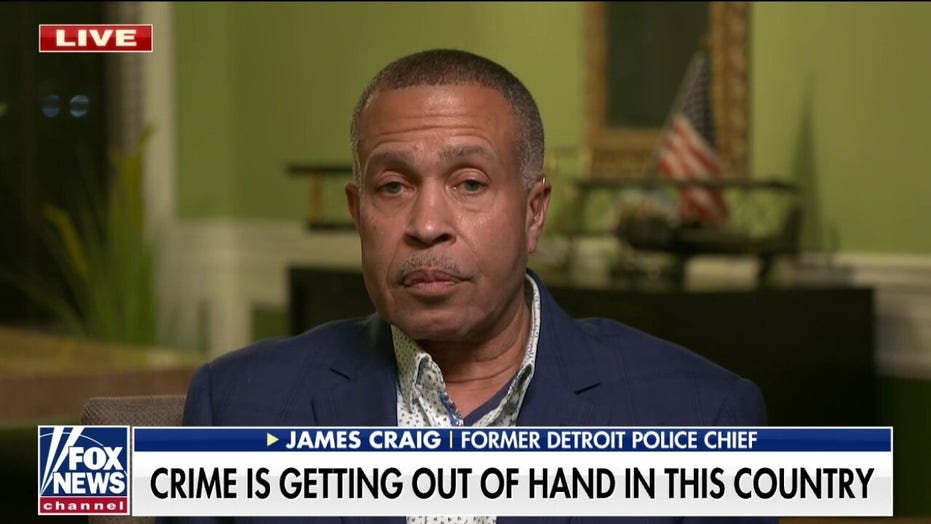 "These are individuals who are political servants, not public servants," Craig told host Brian Kilmeade. "Look, we know how important police officers are, but when they've been demonized, demoralized, not supported. … [T]hese so-called ‘moderates’ are now moving away from ‘defund the police.'… The problem is, how are you going to support the men and women who do the job? How are we going to encourage young people to join the forces?"

JAMES CRAIG ON RUNNING FOR MICHIGAN GOV: 'I KNOW I'VE BEEN CALLED FOR THIS ROLE'

Craig offered a "simple" solution, urging unity behind and support of "a candidate [who] can take … these progressive so-called ‘political leaders’ out."

The Michigan gubernatorial candidate called out politicians for their silence on liberals' soft-on-crime policies.

He derided elected officials who "stand quiet" when left-wing judges release violent criminals back to the streets.

Such officials "don't speak on behalf of the vulnerable members of our community," he said.

"But now that they're victims, let's see what they're going to do now," he continued.

"We're coming into the 2022 midterms and [Democrats are] trying to clean up their act because they are failing," he said.