Former Antifa activist, Gabriel Nadales, blames the media and the Democratic Party for allowing the once-fringe group to rise to prominence.

As the "Million MAGA March" in Washington, D.C. wound down Saturday night, dozens of left-wing activists, identified as Black Lives Matter and Antifa, emerged to harass Trump supporters, resulting in a number of violent clashes and more than 20 arrests.

Gabriel Nadales, a former Anfita member and author of “Behind the Black Mask: My Time as an Antifa Activist,” is “not surprised in the slightest” by the actions of the far-left activists and called on President-elect Joe Biden to denounce the groups by name.

“For the last couple of weeks, Joe Biden has been calling for unity among Americans but you know where he could really start? He could start by condemning the violence perpetrated against President Trump's supporters,” Nadales told Fox News. “If Joe Biden really wants unity among Republicans and Democrats, he needs to stand strong with the American people and call Antifa out by name. But he's probably not going to do that because he's been on record already saying that it's just an idea and he doesn't want to admit that he lied,” he continued.

Biden spokesperson Andrew Bates said Monday that "President-elect Biden continues to denounce all acts of violence," in response to the attacks on Trump supporters that occurred over the weekend, although he did not name Antifa or Black Lives Matter. 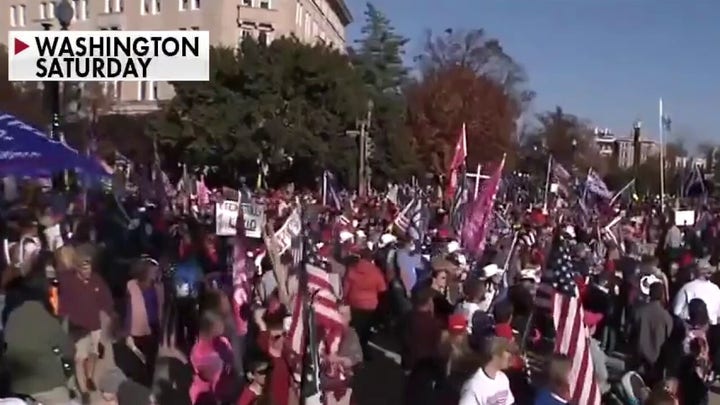 The ex-Antifa member went on to say it was a “tragedy that so many good Democratic voters think that Antifa is worth praising,” a misconception he blamed on the media’s soft coverage of the group.

According to Nadales, despite the effort the liberal media and left-wing politicians have put in to defend the extremist group, Antifa feels no loyalty to President-elect Joe Biden or the Democratic Party.

BIDEN DENOUNCES 'ALL ACTS OF VIOLENCE' AFTER ATTACKS ON TRUMP SUPPORTERS AT MAGA RALLY; PELOSI SILENT

“Joe Biden is actually not the preferred candidate of Antifa. This was a myth that was perpetrated by a lot of people in the mainstream left because they saw Antifa as their ally, because they made it seem like it was primarily against President Trump. But Antifa is a much older movement and hates American values and the Democratic Party because they're against all American institutions," he said.

Having spent almost two years as an Antifa activist in 2011 and 2012, Nadales is shocked at how the once-fringe group has risen to prominence over the past four years and fears that without condemnation from political leaders on both sides of the aisle the group will continue to grow.

“And the first step to stopping Antifa is to acknowledge that it is a threat. But unfortunately, people like Joe Biden, they don't even want to admit that Antifa exists.”