Tucker talks to man who was lost at sea

Dylan Gartenmayer shares his spearfishing experience when he was carried away by a powerful current on 'Tucker Carlson Tonight.'

Dylan Gartenmayer recounted how he managed to escape what appeared to be a near-death experience after he was carried away by an overpowering current.

The 22-year-old Florida man was out on a boat with friends when conditions started to get very bad. Gartenmayer went out for one last free dive and when he did, he said the current swept him away and dragged him 150 feet underwater.

Gartenmayer told Tucker Carlson how he overcame this close encounter while he was free diving without supplemental oxygen near Key West in the Florida Keys last Thursday.

"The Gulf Stream was getting pushed in closer and closer to where I was diving that day due to the south winds, he recalled. "And just got to a point where… because I was drift diving, so I was having the boat follow me. I covered a lot of ground and tried to find more fish. Got to a point where the Gulf Stream ended up grabbing me and that's where things started just going downhill."

"You know, as the sun was fading, it definitely seemed like it was going to be, you know, either a long night or just this was going to be the end there," he continued.

"I got to the point where I was, you know, just thanking everybody for everything I've been through in life and saying I loved everybody and kind of got down for a little bit. And then I realized I was like, this isn't it. I'm going to, I'm going to fight this night out, and I'm going to make it," said Gartenmayer. 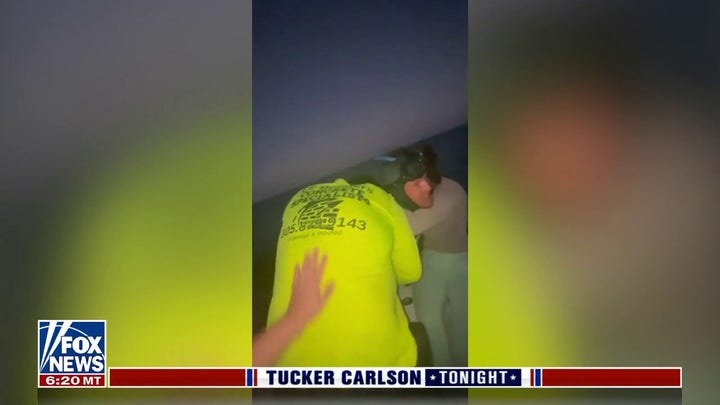 Gartenmayer told Tucker he was watching the Coast Guard do a grid pattern to the West of him for about 45 minutes.

"I could hear an engine humming behind me, turn around, see the bow light, the center console on the boat, and I just knew that was my grandpa's boat."

Joshua Comins is an associate editor for Fox News Digital. He joined Fox News in 2020.

Story tips can be sent to joshua.comins@fox.com.