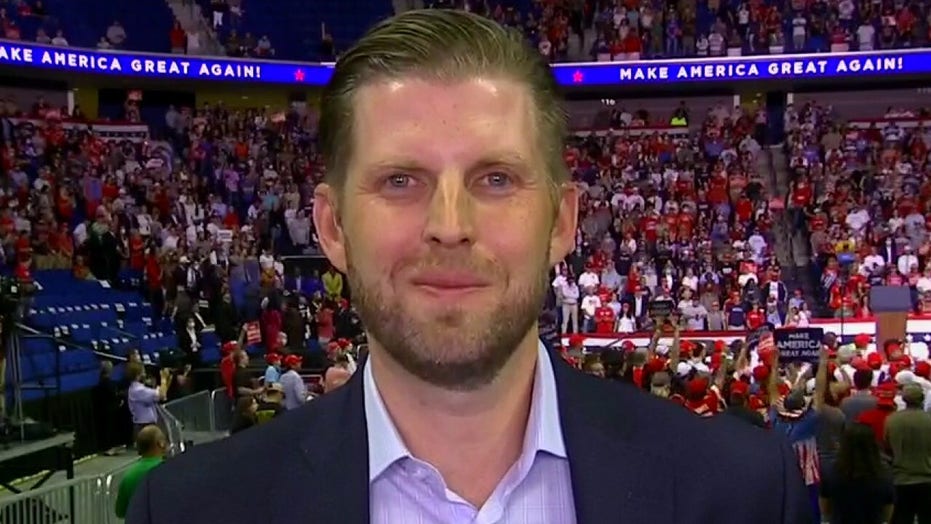 "And people have made their individual choices to come," he said Saturday, hours before his father was set to take the stage at his first campaign rally in months. "And people are obviously having a good time. And you know what, John? You need the spirit back in the country."

MCENANY HITS MEDIA FOR HEALTH CONCERNS OVER RALLY: 'YOU SHOULD EXHIBIT THAT SAME CONCERN FOR THE PROTESTERS'

The rally is the first since the coronavirus pandemic shut down much of the country in March.

Trump supporters lined up for days to secure their seats at the event, and the Trump campaign had touted receiving more than one million ticket requests.

But the rally raised concerns that it could be a “super spreader” event for coronavirus, as it is taking place in an indoor arena. The Trump campaign has said it intends to conduct temperature checks, distribute hand sanitizer and hand out masks.

Scott asked about the concerns over the president's event during the coronavirus pandemic.

"They don't mind if there's a protest of thousands of people walking down Fifth Avenue in New York City," Trump said. "But as soon as you get a great group of people, friendly, you know, innocent, nice people in here who want to come for a great cause, all of a sudden because it's my father and it's because it's awesome, because it's a platform that they don't approve of. You know, they all go nuts."