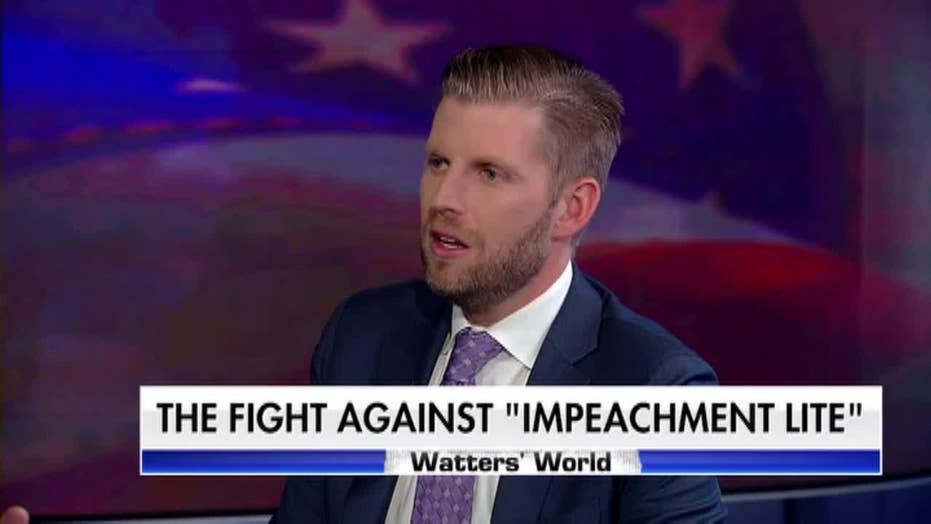 Eric Trump: Pelosi, impeachment are 'walking my father into 2020' victory

Eric Trump: Pelosi, impeachment are 'walking my father into 2020' victory

"Pelosi sounds crazy every time she speaks," Trump told Jesse Watters on Saturday's "Watters' World." "She’ll actually go down as the worst Speaker, arguably, in the history of our country  -- and [Democrats] keep on pushing this nonsense. And it’s going to get my father re-elected. Honestly, I hope they keep going." 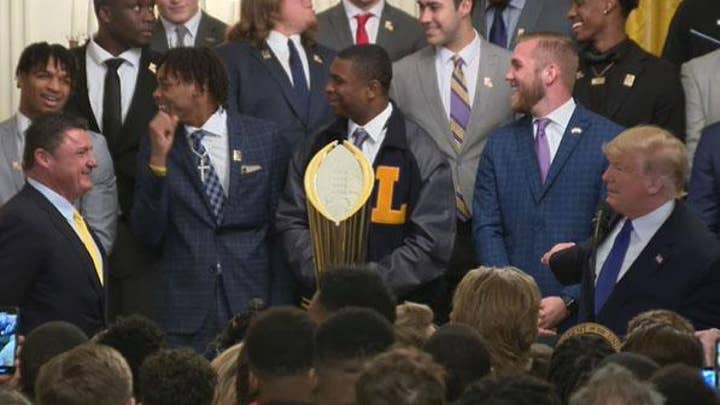 Trump said he visited central Ohio earlier this week and spoke to many voters who urged him to tell the president to continue to work on the American people's behalf while Democrats focus on impeachment.

"This impeachment thing is walking my father into 2020. I mean it’s --- the amount of money we’re raising in the campaign," said the younger Trump, who added that Ohioans told him his father was "killing it" and that Democrats' actions are "a disgrace."

Eric Trump added that Democrats are showing they do not have the pulse of Middle America.

"They don’t know the sentiment of this country, but they’re preaching to everybody because they went to Harvard and they went to these nice schools," he said. "And they miss it every single time."

"CNN was begging him to run for president of the United States and now he's going to jail," he remarked. "I mean, the hypocrisy of these people."