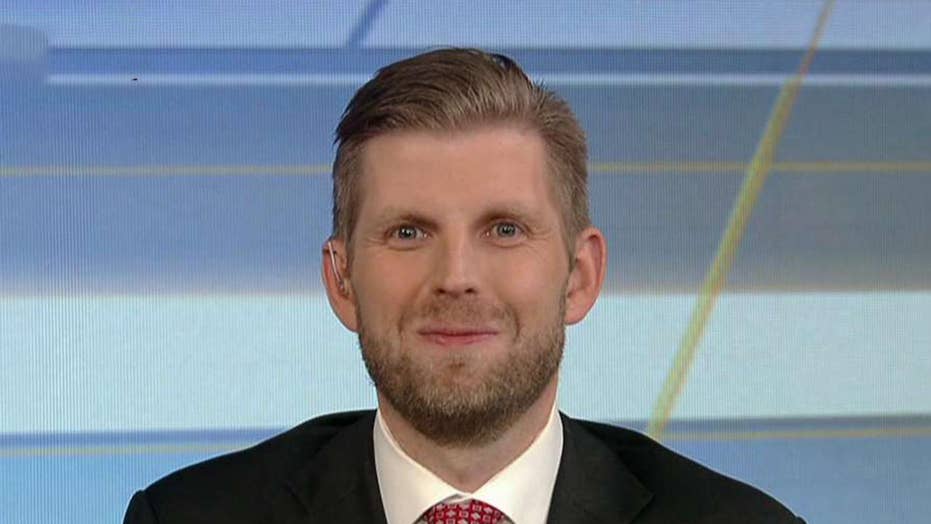 Eric Trump: Pelosi has no control over impeachment fight

"They have nothing," he said of Democrats, in an interview Wednesday on "The Ingraham Angle."

"The most unfortunate person in this whole thing is actually Nancy Pelosi. She is kind of in a hysterical spot," he added.

Pelosi, Trump said, knows that his father's reelection fundraising effort is taking off and GOP versus Democratic polling numbers for congressional seats are trending in the president's favor amid the impeachment inquiry.

He pointed to Pelosi's three decades in Congress -- as she first won her San Francisco seat in a 1987 special election to succeed Rep. Sala Burton, D-Calif. -- saying that she and other senior Democrats understand they are fighting an uphill battle. 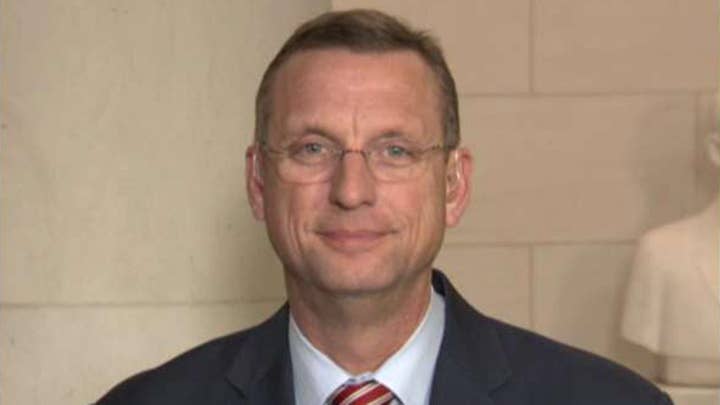 "It's like a quarterback in the tail end of their career -- she's been in there for 32 years and they are forced to play a game they know they're going to lose," he said. "She doesn't want to play the game but you've got these radical leftists on the other side that forcing her to. If she's not going to play this game, she's going to lose her speakership."

Trump added that he believed it will not only be Pelosi who loses the impeachment battle but the slate of Democratic candidates running for the party nomination -- whom he dismissed as "weakling[s]."

When asked by host Laura Ingraham about 2020 Democratic contender Michael Bloomberg, a media magnate and former New York City mayor, Trump said he is not worried about the 77-year-old.

"First of all, he's got no charisma," he said. "Second of all, he's put in a lot of money already and he's still at five percent, four percent. My father jumped into the race and he was at 20 percent virtually [on] day one."

He added that one of Bloomberg's signature mayoral platforms will not resonate with Middle America.

"People in Pennsylvania and Ohio and Michigan and all of these places don't want to be told how big the soda they have can be," he remarked.

He also dismissed current front-runner Joe Biden, mocking the former vice president for a recently resurfaced video in which he recalls allowing children to "rub [his] leg down so it was straight and watch the hair come back up" while working as a lifeguard at a Wilmington, Del., pool.

"I think we are going to blow [the Democrats] out of the water, and I think honestly, Nancy Pelosi is handing it to my father and I'm happy about that -- so keep going," he added.