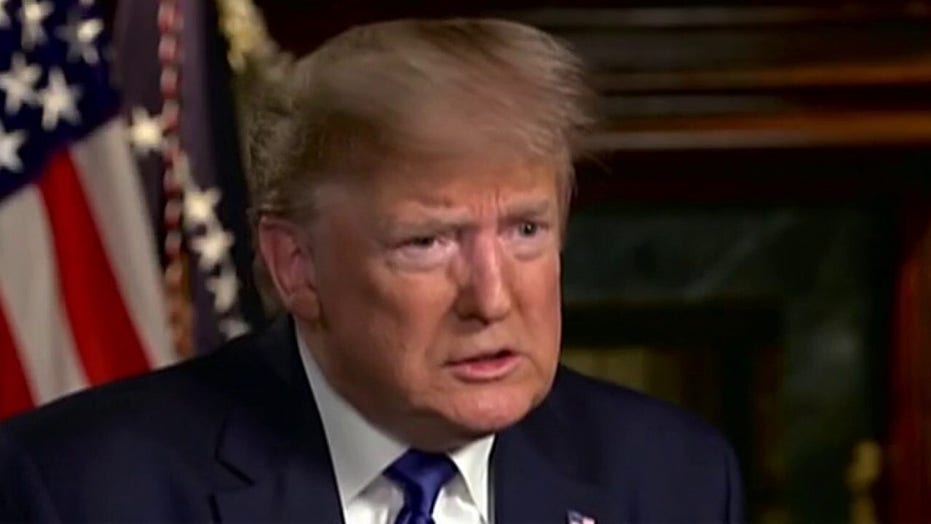 Trump rips the Democratic presidential field in pre-game interview with Sean Hannity; reaction and analysis on 'The Five.'

Fox News’ contributor Emily Compagno on Sunday raised concern that an ongoing feud between President Trump and House Democrats could be a “disservice” to Americans.

“He’s like, you know what, they’re never going to collaborate and I think he probably knew it in his heart of hearts,” Compagno, one of the hosts of “The Five” Compagno, said, reacting to Trump’s Super Bowl interview with Sean Hannity.

In an exclusive interview with Fox News' Sean Hannity during the Super Bowl LIV pregame show, Trump confirmed that the State of the Union address would go ahead as scheduled on Tuesday -- just a day before the Senate is set to overwhelmingly acquit him after a months-long impeachment process.

"Well, it's been very unfair. From the day I won ... from the day I came down from the escalator. ... it probably started from there. It's been a very, very unfair process," Trump said. "The Mueller Report, Russia, Russia, Russia, as you say, which was total nonsense -- it was all nonsense, the whole thing. It was very unfair, and mostly it was unfair to my family. I mean, my family suffered because of all this. And many other families suffered also."

“The hatred, as he said, is going to be difficult to surmount,” she added.

Compagno went on to say, “It’s to all of our disservice --because it’s all of us [American] citizens that lose when the Democrats refuse to collaborate with him."