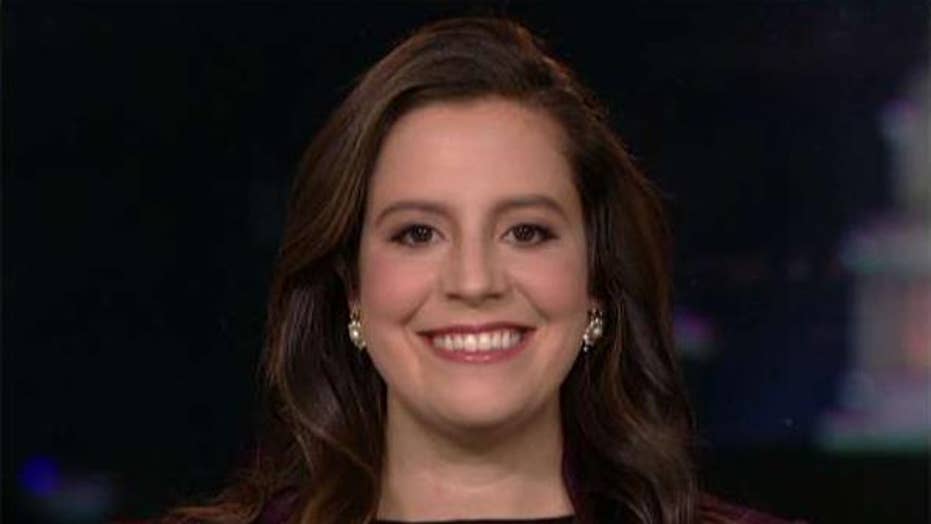 House Democrats’ case for the impeachment of President Trump is “crumbling,” according to a key Republican member of the House Intelligence Committee.

She said the facts gleaned from witness testimony make clear that the Democrats' narrative that Trump tried to pressure Ukraine's president into conducting a political investigation into Joe Biden and his son Hunter Biden by withholding military aid just doesn't pan out.

“Ukraine got the aid, there was no 'quid pro quo' and there was no investigation into the Bidens," Stefanik told host Sean Hannity.

She added that the only investigation into Burisma, a Ukrainian oil company for which Hunter Biden served on the board, was during the Obama administration.

“Yet [House Intel Chairman] Adam Schiff continues his regime of secrecy, and because I’ve been such an outspoken advocate for the facts I’ve have been attacked by the Hollywood left," she said.

Hannity told her he thought Republicans were “at their best” this week.

Stefanik also criticized the initial closed-door process that took place at the beginning of the inquiry.

Specifically, she aimed at the Democrats' claim that Republicans back a theory that Ukraine, not Russia, interfered in the 2016 U.S. presidential election.

“Not a single Republican member of this committee has said that Russia did not meddle in the 2016 election,” Stefanik said. “The American people understand that this has been a partisan process from the start."

"The American people understand that this has been a partisan process from the start."

On Wednesday, U.S. Ambassador to the European Union Gordon Sondland testified there was a quid pro quo discussed in Trump's July 25 phone call with the president of Ukraine.

“Was there a quid pro quo?... The answer is yes,” he said under oath. “Everyone was in the loop. It was no secret.”