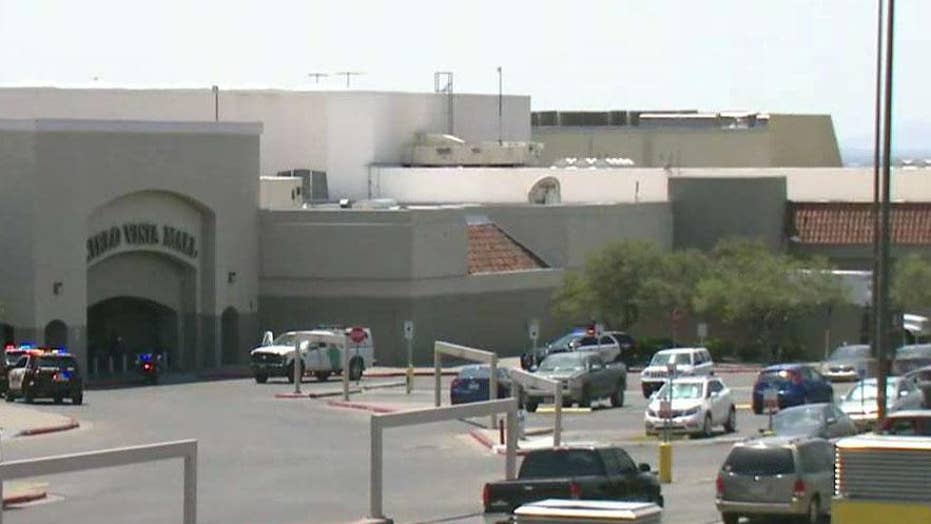 El Paso resident Vanessa Saenz has described to Fox News the moments when she saw the shooter responsible for what officials described as "several fatalities" at a Walmart near the Cielo Vista Mall.

Saenz initially heard what she thought sounded like "fireworks" and saw "odd" behavior from people in the store. When Saenz's mother told her that the sounds weren't "fireworks," she tried fleeing by driving to the back of the Walmart where she saw a man carrying "what seemed to be a rifle."

He was "just pointing at people and shooting straight at them. I saw about three or four just fall to the ground." At that point, she was at a stop sign while other cars were passing.  "He was just shooting randomly, it wasn't to any particular person," she added.

The last thing she saw was the man walking into the Walmart "very nonchalant, like he was on a mission."

POLICE SAY THERE IS NO LONGER AN ACTIVE SHOOTER IN EL PASO, TEXAS

Police responded to reports of an active shooting at the Cielo Vista Mall area shortly before 11 a.m. An El Paso police spokesman told reporters shortly before 1 p.m. that there was no longer an "imminent threat" to the area.

Lt. Governor Dan Patrick confirmed to Fox News that authorities had at least one suspect in custody and around 15-20 casualties but did not give a number of fatalities.

Saenz told Fox News the shooter was "wearing a black t-shirt, camel-colored cargo pants," and something to cover his ears, she said.