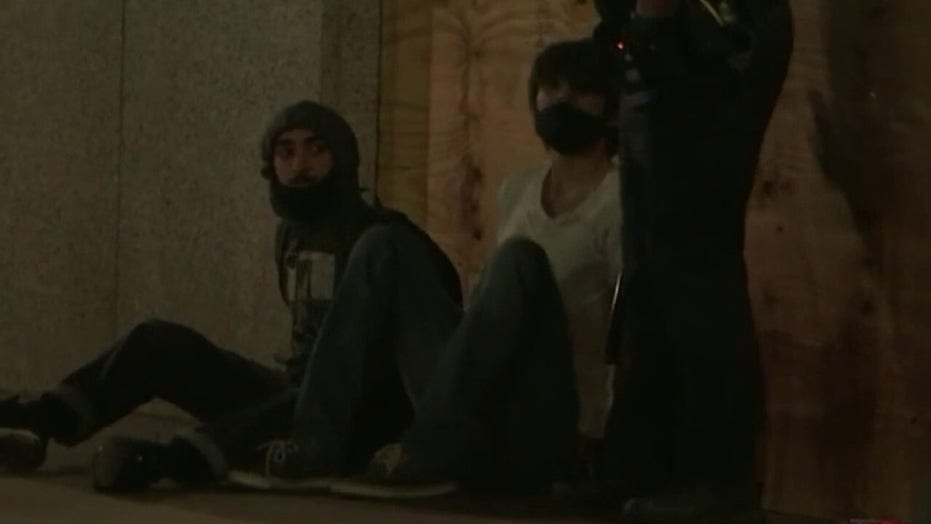 Attacks on police on the rise during riots

"NYPD is losing the city of New York and we have no leadership in the city of New York right now, from City Hall to the brass of the NYPD,"  New York Sergeants Benevolent Association President Ed Mullins told Laura Ingraham. "The men and women are being pelted with rocks, bricks, cars [are] lit on fire. And this is continuous. We have a curfew that's been implemented tonight at eight o'clock and everyone is still out rioting in the streets in New York."

"President Trump is watching it. I am asking the president to please, please immediately send federal personnel to New York City and monitor what is going on," Mullins said. "If Governor Cuomo does not implement the National Guard immediately, then the federal government is going to have to step in."

New York City Mayor Bill de Blasio announced earlier Tuesday that an 8 p.m. curfew for the city will be extended through the end of the week following another night of looting, destruction and “vicious attacks on police officers.”

Mullins told Ingraham that the NYPD was "more than capable" of handling the unrest, but added that local leaders have held them back.

"Our hands are being tied," Mullins said. "The rank and file members of all ranks have sent me numerous emails, letters, text messages, photos of New York City ...  being destroyed. We have no leadership coming from City Hall. We are being told to stand down."

"We have a city that is being destroyed. The public that lives there is in fear for their own lives," Mullins said. "I'm receiving videos, photographs, license plates of looters from citizens of the city of New York while cops are being pelted."

Mullins said the commissioner and chiefs of the NYPD are too afraid to let their officers do their job.

"Mayor de Blasio is not allowing the NYPD to do their job," Mullins said. "The commissioner, the chiefs of the NYPD are too afraid to let the men and women keep control of the city. History has shown that you must enforce the laws."