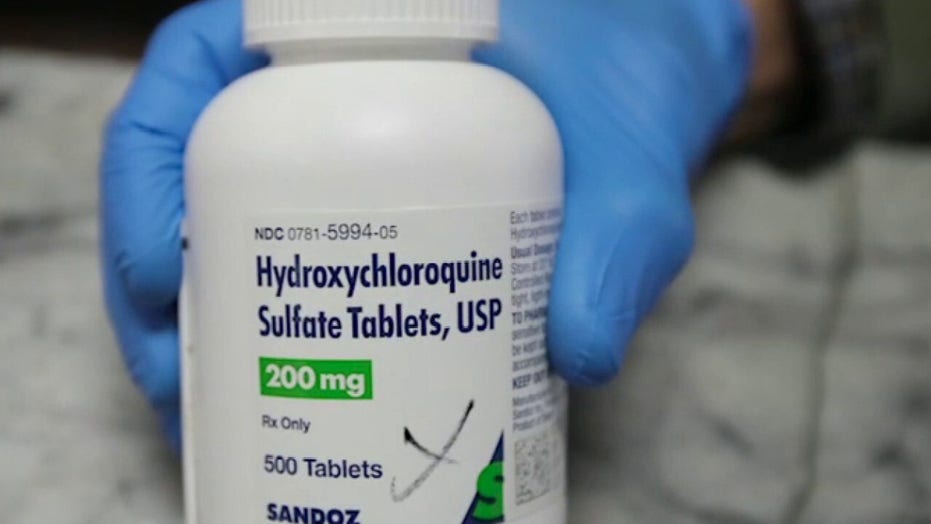 A retracted study on hydroxychloroquine and news that the coronavirus may be mutating drew reactions Friday night from Fox News medical contributor Dr. Marc Siegel.

"So Lancet, with egg on its face, a renowned journal, is suddenly withdrawing this study," Siegel noted during an appearance on "Tucker Carlson Tonight"

Surgisphere Corp. was called into question.

A database by Surgisphere Corp. of Chicago was used in an observational study of nearly 100,000 patients that appeared May 22 in The Lancet, an influential medical journal. The study tied the malaria drugs hydroxychloroquine and chloroquine to a higher risk of death in hospitalized patients with the virus.

The validity of the data, however, has been called into question. The Guardian reports that Surgisphere “has so far failed to adequately explain its data or methodology” and says the company’s “handful of employees appear to include a science fiction writer and an adult-content model.”

Siegel now says the only question is whether the malaria drugs work.

"Does hydroxychloroquine actually work early in the game to help decrease the symptoms of COVID-19? It's been studied in the lab as an antiviral," Siegel said. "Medical, we don't know yet. Political, we know this is a political hit job."

Siegel also addressed that doctors at the University of Pittsburgh Medical Center (UPMC) said Thursday that the coronavirus appears to be declining both in virulence and in its infection rate.

"The virus appears to be getting milder. People who are being admitted have milder symptoms. We heard the same thing out of northern Italy," Siegel said. "And guess what? I have been hearing the same thing from many doctors here in New York City over the past week or two."

Siegel told Carlson his theory on why the virus may be mellowing.

"Viruses, like anything else, want to survive. Now, I'm not sure yet that this is the case, but as viruses mutate over time, they want to get more used to the human host. They want to be able to spread more easily," Siegel said. "And if they kill the host, they can't spread. So they tend to mutate in the direction of becoming milder. It looks like this may be happening here."