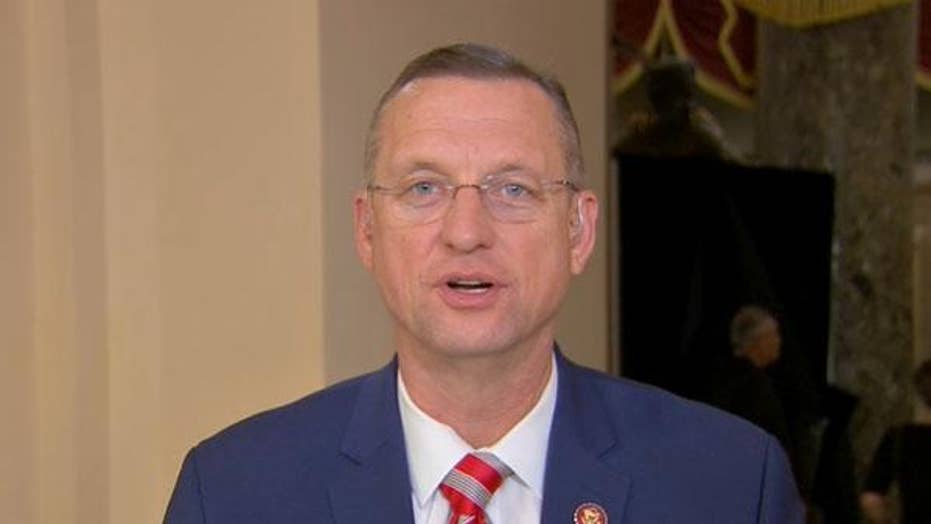 Appearing on "America's Newsroom" with host Bill Hemmer, Collins said that "this has been a foregone conclusion since November of last year" when Democrats won control of the House in the 2018 midterm elections.

On Tuesday, top House Democratic committee chairs announced the articles against the president alleging abuse of power and obstruction of Congress regarding his interactions with Ukraine, touching off a rapid-fire sequence that could result in a momentous floor vote in a matter of days. 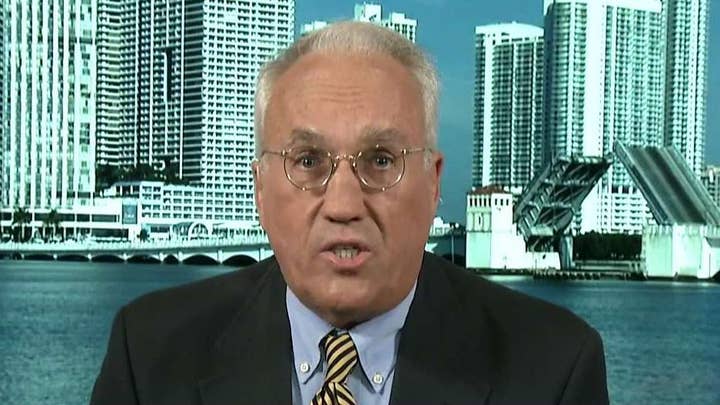 House Speaker Nancy Pelosi, D-Calif., declined to comment on whether further articles of impeachment could still be added. Some have argued Democrats should add articles based on the Mueller report's conclusions.

Collins said that Democrats' unwillingness to take questions about their decision was "very telling."

"You just announced articles of impeachment. You had your five committee chairs. You had [House Intelligence Committee Chairman] Adam Schiff, you had [House Judiciary Committee] Jerry Nadler...and they wouldn't take questions? I mean, that tells me that they really are not inherently comfortable with what they're doing," he noted.

Collins said Democrats "simply want to get the clock in the calendar because they are so obsessed and so fearful that President Trump is going to win again next November that they don't even perceive the problems that they have," noting that neither the Mueller report nor previous claims of quid pro quo and bribery were brought up during the news conference.

"It tells me they have no case," he said. 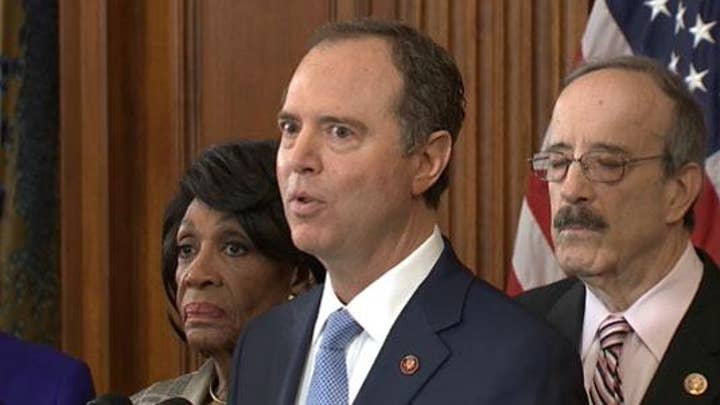 However, Schiff, D-Calif., said that if allowed to stand, the president's alleged transgressions would "decimate the ability of Congress to conduct oversight" and he said prolonging the process would potentially allow Trump to "cheat in one more election."

Shortly after the proceedings, the president responded to Democrats on Twitter.

"Nadler just said that I 'pressured Ukraine to interfere in our 2020 Election.' Ridiculous and he knows that this is not true."

Later, he urged voters to "read the Transcripts!" and said that Schiff is "totally corrupt," and committed "fraud."

"He'll eventually have to answer for this!" Collins told Hemmer. "Adam Schiff has heard his own voice for so long, he simply believes what he's saying without any evidence of truth or any evidence of facts here."

He said the Democrats failed "miserably."

"Adam Schiff, Jerry Nadler, will go down in history -- along with this Speaker -- of having the most partisan impeachment, on the [least] facts of any we've seen," Collins said, "simply because they have issues with the president."