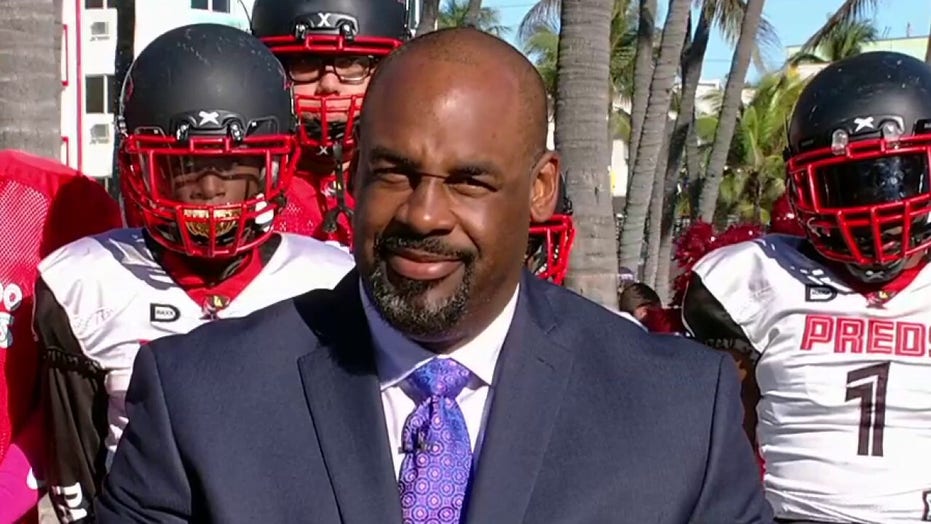 "I've been saying this for a long time. I think that this is his year," McNabb said Sunday on "Fox & Friends" live from Miami Beach.

Reid, now the coach of the Kansas City Chiefs, is making his second Super Bowl appearance as a head coach Sunday night. He and McNabb appeared in the Super Bowl in 2005, losing to the New England Patriots.

McNabb said Reid invited him to address the team recently, and that his message to the players was to not feel pressure to be "perfect" on the field.

"Just go out and play your game," he said. "Make sure that you are well-prepared, and stay focused and take care of business, because it's tough being on the other side when you lose, so make sure you do what you need to do to win."

Since his retirement, McNabb said he and Reid have stayed in touch.

McNabb said the Chiefs "shocked" the NFL with a playoff appearance one year ago, and there was some pressure on the team to make it all the way this year.

"I think he's one game away from people putting his name in the ranks of Bill Belichick because of what he's done. His coaching tree speaks to itself, [as do] the players he's developed," he said.

Belichick, who has coached the Patriots for two decades, has won six Super Bowls with the Foxborough, Mass., team.

"I'm excited. This is a game in which the big fella is back in 15 years later," McNabb said of Reid. "I look forward to an exciting game on offense on both sides of the ball."

Another of his former coaches, Steve Spagnuolo, was an assistant coach with the Eagles when he was playing for the team. McNabb said he is interested to see how Spagnuolo's Kansas City defense performs Sunday evening.