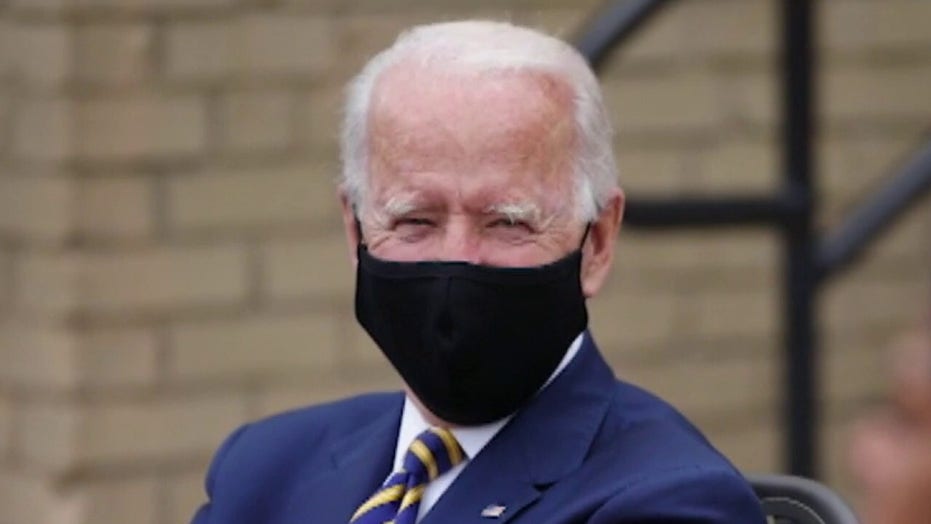 Biden says he would use mandate face masks amid coronavirus pandemic

Presumptive Democratic presidential nominee Joe Biden says he ‘would insist that everybody in public be wearing that mask;’ Peter Doocy reports on the latest.

Donald Trump Jr. put the media on blast for not pressuring Joe Biden to hold a press conference.

The coronavirus outbreak has thrown a wrench in the 2020 presidential election, which for months has sidelined both the Trump and Biden campaigns. In recent weeks, the former vice president has been referred to by both critics and Democratic allies as "being stuck in his basement," which some believe is a good strategy as Biden maintains a strong lead in the polls against the president.

However, critics have also been pointing out Biden's lack of transparency with the press, specifically how he hasn't had a formal press conference since in several weeks.

Trump Jr. took to Twitter on Friday and recalled the outrage the media had towards the Trump administration for not having daily White House press briefings.

"Remember the non-stop media whining about @StephGrisham45 not conducting briefings, even though @realDonaldTrump CONSTANTLY did gaggles?" Trump Jr. asked about former White House press secretary Stephanie Grisham. "Why aren't those same 'reporters' freaking out that it's been EIGHTY FIVE days since @JoeBiden held a press conf? Gonna let him hide forever?!"

His tweet was in response to criticism leveled by Daily Caller editor Vince Coglianese over the presumptive Democratic nominee whose campaign reportedly barred a local newspaper from attending a campaign event.

"Biden campaign isn't holding press conferences, locks out local newspapers, and refuses to respond to requests for comment," Coglianese tweeted. "For all the wailing about Trump's relationship with the press, he's constantly available. Biden is bunkered."