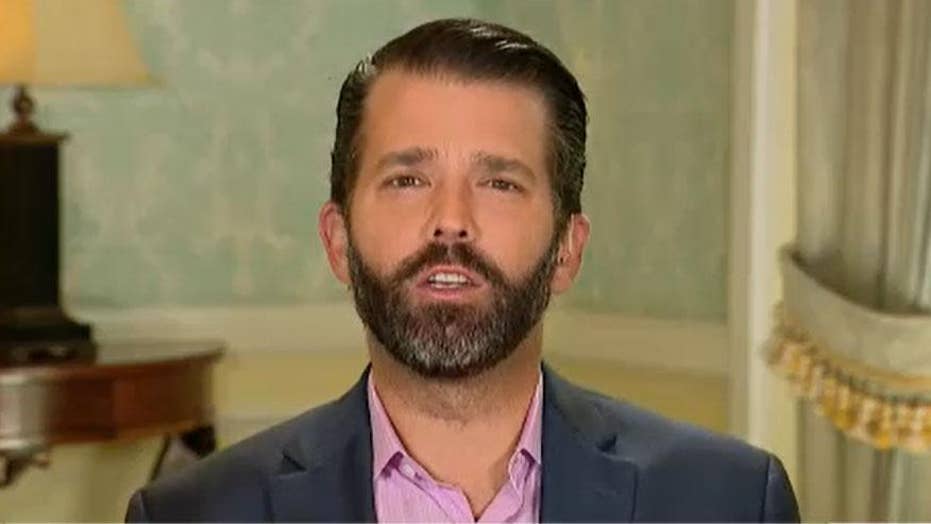 Don Jr.: American people see 'sham' exactly for what it is

Conway took notice and mocked Trump Jr. and the president, saying all three impeachment witnesses heard from so far “more intelligence, talent, integrity, decency, honor, and patriotism than you and your father will ever have."

Trump Jr. fired back with a personal shot at George Conway, who has emerged as a hero of the Resistance for bashing his wife’s boss on a regular basis.

“A guy who routinely & publicly embarrasses his wife by attacking her boss for the purpose of getting retweets and building his own brand is giving lectures on honor, integrity & decency,” Trump Jr. wrote. “I'm sure your family really appreciates it, George. You're a disgrace.”

“Disgrace? I don’t think so,” he wrote. “You’re projecting, I’m afraid. I’m not the one shilling for your criminal father. And if there’s anyone embarrassing anyone, it’s he who does it, shaming the nation before the world each and every day."

Trump Jr. and Conway have both made headlines this week, as the president’s son is promoting his New York Times bestseller book “Triggered,” while Conway made a rare TV appearance on MSNBC earlier this week.

Kellyanne and George Conway’s relationship has been a focus of liberal media. Kellyanne Conway lashed out at CNN’s Wolf Blitzer on Thursday for implying her marriage has “issues.” Hours later, Vanity Fair published a story that cited anonymous sources who claim George Conway thinks his wife trapped in a “cult.”