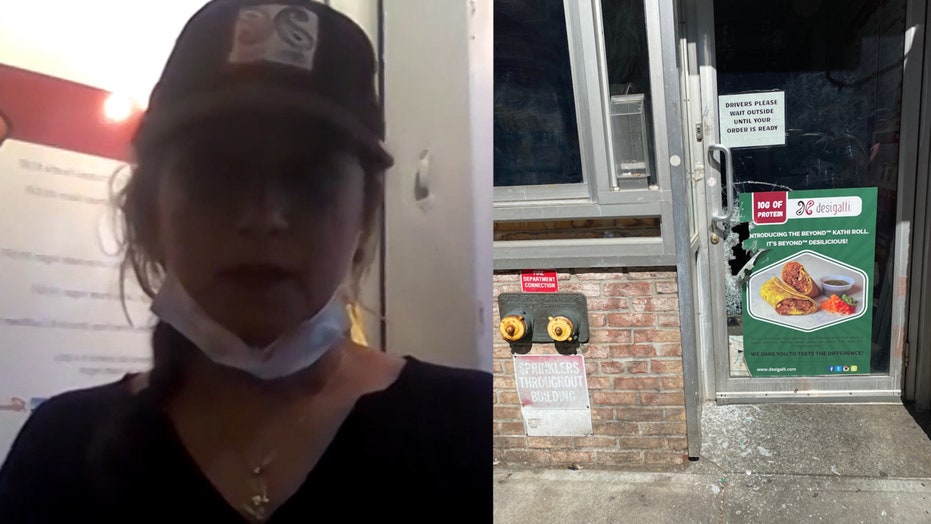 PriaVanda Chouhan is the owner of Desi Galli restaurants in New York City and is cleaning up after her restaurant was looted amid protests against police brutality.

PriaVanda Chouhan has been the owner and executive chef of Desi Galli restaurants in New York City for eight years, but 2020 has proven to be the most challenging. She’s had to re-strategize her business when the coronavirus pandemic hit, and currently, Chouhan is cleaning up after her East Village location was looted on May 31 during protests condemning institutional racism and police violence after George Floyd was killed in police custody in Minneapolis.

“My first reaction was anger that we have been looted, that I'm a woman of color, and to see that our window was smashed in, I felt like it was personal,” Chouhan told Fox News. “I felt like someone was out there to attack us, and, as I took a moment to breath, I'm like, no, this is what's happening in the world right now, I got to accept it, and just, roll with the punches right now.”

The vandalism to her restaurant included smashed-in windows and a pried-open cash register, which resulted in the loss of all her weekend sales. Yet, rolling with the punches is exactly what she did, and after cleaning up from the looting on Monday morning, Desi Galli was back open for business later that afternoon for pick-up and delivery. She explained to Fox News that despite the theft, both her and her husband support the protests.

“We are big supporters of the protests,” said Chouhan. “Especially being a minority woman-owned business, every ethnicity should have the same rights and skin color should not matter. What happened to George Floyd is unforgivable. Our attitude hasn't changed towards the mission of the protests.”

The volatile restaurant industry mixed with the coronavirus pandemic made her accustomed to powering over obstacles and pivoting. She has been working nonstop since the pandemic struck to ensure her restaurant is safe and that her customers would be able to get delivery. Her long hours, however, inspired her to innovate and create DG Pantry.

“During coronavirus we had to re-strategize, and since people have the time now to cook at home, we started DG Pantry,” said Chouhan. “It was basically first intended for essential workers who couldn't stand in line in grocery stores to get their groceries, especially like myself, who was working seven days and only had an hour break during the day.” 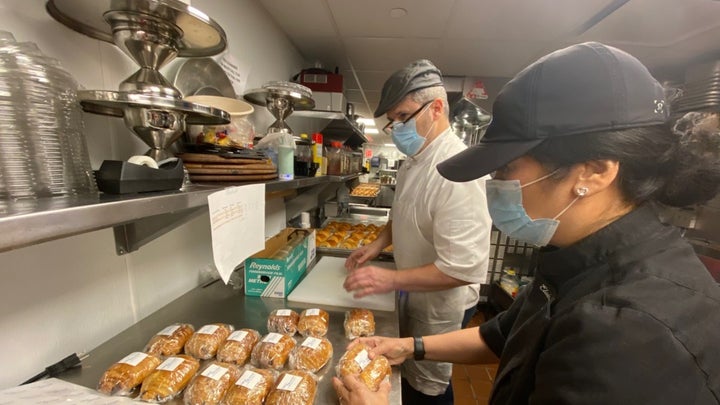 Chouhan explained that DG Pantry expanded from basic items including toilet paper and yeast to groceries and meal kits. She told Fox News that she wanted her customers who were stuck at home to be able to make home-cooked meals with family. While each day is a new challenge, Chouhan is hopeful that both her business and her city will persevere.

“We're just testing ourselves right now,” said Chouhan. “So, just hang in there, we are going to get through this, it's momentary. I do believe that New York is going to be the great city and the city of dreams that we all believe it to be and it was, and we're going to get back there.”

For more on owner and executive chef of Desi Galli restaurants PriaVanda Chouhan, watch the full video above.