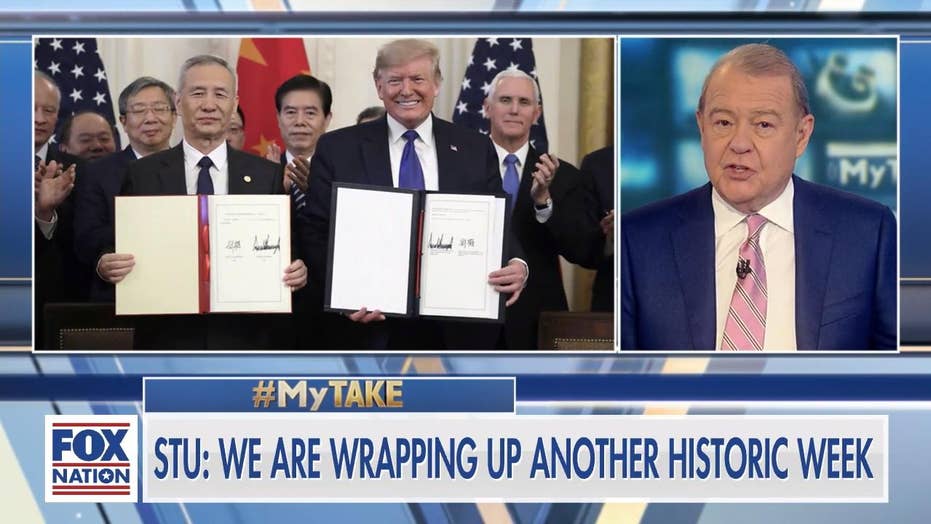 Why the Democrats are on the wrong side of history: Stuart Varney

"The wrong side of history."

It is a phrase that President Barack Obama and Democrats have frequently used to critique their ideological opponents.

During the 2008 presidential campaign, then-Sen. Obama declared Sen. John McCain to be "on the wrong side of history."

In 2010, then-Sen. Majority Leader Harry Reid urged Republicans to join "the right side of history" by signing onto the Affordable Care Act.

Of course, McCain and Republicans did not see it that way.

But now, it is Democrats who deserve that label, said Fox Business host Stuart Varney on Fox Nation's "My Take."

"Speaker Pelosi celebrating a narrow, partisan, spiteful impeachment. Elizabeth Warren desperately playing the sexist card. And a media that is collectively losing its mind at the thought of another four years of President Trump," said Varney. "What a week."

On Wednesday, Democrats transmitted two articles of impeachment against President Trump to the Senate for trial.  And during a Democratic presidential primary debate on Tuesday, Sen. Elizabeth Warren D-Mass., stood by her allegation that Sen. Bernie Sanders told her that a woman could not win the White House in 2020.

"Oh, what a contrast," Varney continued, pointing to a list of apparent victories for President Donald Trump and the country.

"Another round of stock market records ... news on the economy showing exceptionally strong consumer spending. A China trade deal that reshapes the U.S.-China economic relationship. And then another new trade deal with Canada and Mexico," he said.

U.S. consumer confidence in the fourth quarter of 2019 neared a historic high, according to The Conference Board's latest Consumer Confidence Report.

"A strong labor market with low unemployment and rising wages have kept Americans spending throughout 2019," read the analysis. 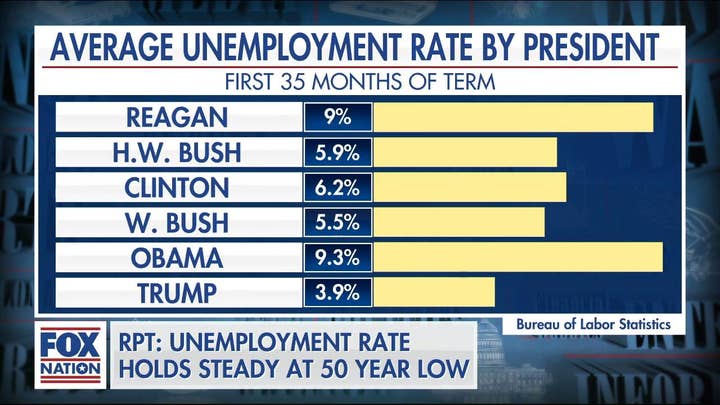 "What did the Democrats do this week to help everybody, everyday people conduct their lives," Varney said. "Handing out commemorative impeachment pens and gleefully trashing the president of the United States hardly qualifies as help for the little guy."

Pelosi drew criticism on Wednesday for handing out commemorative pens -- with her name on them -- after signing the resolution paving the way for the Senate's impeachment trial.

"It was another week marked, on the left, by the continuing contempt for the president," Varney concluded. "Trump hatred continues to cloud their judgment. They just can't get past it. They keep looking back to Election Day 2016 and they're not over it."

"You've been watching history. The Democrats are on the wrong side of it."