Conservative journalist Andy Ngo was an invited witness for the Congressional hearing on domestic terrorism. During the hearing Democrats refused to condemn the organization Antifa as Republicans condemned Antifa and white supremacy.

Tensions ran high at a Senate hearing on Antifa on Tuesday as Sen. Ted Cruz, R-Texas, blasted Democrats for not condemning the leftist extremist group more directly for the violence that has erupted in certain U.S. cities in the wake of George Floyd's death in Minneapolis.

Andy Ngo, a conservative journalist from Portland who has documented the movements of Antifa for years and was allegedly attacked by members of the group in 2019, said they have 'mastered the art of making its violence appear innocuous.'

“I don't think Congress currently is equipped to handle domestic terrorism because it's so politicized and that's very dangerous for this country,” said Ngo, who testified as a witness on Tuesday’s hearing.

During the hearing, there was a refusal by Democrats to condemn Antifa, according to Ngo.

“I think Republicans have by and large done a very good part with speaking very honestly and openly about far-right extremism and making sure that the sort of world views and ideologies of racist extremist movements don't find root in grounding in the mainstream conservative movement,” Ngo told Fox News. “Whereas Democrats really struggle with drawing the line on where they feel okay about far-left extremism. As of right now, I don't see them drawing the line anywhere.” 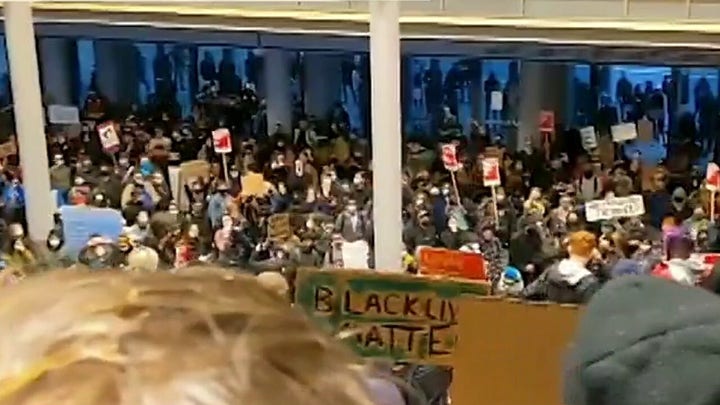 There are two contrasting narratives being painted about the realities of what is taking place in Portland and around the country, said Ngo.

“If you listen to the local press in Portland, the establishment media, they will talk about how things are peaceful everywhere else around outside of this area. If you follow my work and you see the videos I put up through myself or through tweets from others, that's absolutely not the case,” explained Ngo.

According to the Portland journalist, the notion that the riots and violence have stopped is a falsely painted picture by the ‘mainstream media.'

“Last night, there was a riot that was declared by the Portland police because rioters Antifa black bloc militants broke into the police union building and trashed the lobby. Fortunately, they were repelled before they were able to start a fire," Ngo told Fox News.

ANTIFA: THE TRUTH BEHIND THE MASK

“There's a solution and you get on the path of working towards a solution by actually admitting there's a problem. And when one half of this country is not willing to admit that there is a problem, then you can't get on working towards even imagining what steps you can take to come up with solutions,” Ngo said. “Democrats have chosen really to stand in the way of what should be a nonpartisan condemnation of an anti-American, anti-government, violent extremist movement.”

Antifa is viewed by many as a loosely organized, unstructured movement. Despite statements from President Trump and Attorney General Bill Barr, U.S federal prosecutors have produced no evidence linking any of the dozens of people arrested in Portland to Antifa.

“We have not alleged defendant affiliation with any specific groups or ideologies in our cases stemming from recent Portland protests,” Kevin Sonoff, spokesperson for the U.S. Attorney's Office in Portland, told Reuters. “Our cases focus purely on the criminal conduct alleged.”