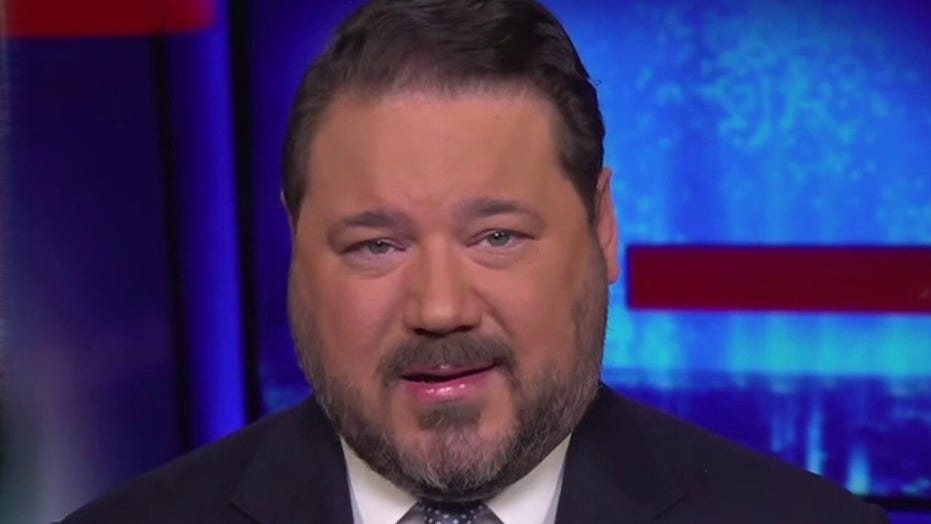 America lost its way in 2021: Domenech

'Fox News Primetime' guest host Ben Domenech reflects on the most critical stories of the year.

Federalist publisher Ben Domenech on Tuesday called for a "reckoning" in the new year, urging Americans to "demand more of our nation, our neighbors and ourselves" and reject the chaos, crime, and flagrant abuses of power that have become commonplace.

Reflecting on the top stories of 2021, the "Fox News Primetime" host delivered an impassioned opening monologue encouraging viewers to reclaim their sense of "normal" after years of disruptive far-left policies.

"It is time in this closing week to take stock of all that we learned this year, the frauds that were exposed, the evils we learned to hate, and the truths we woke up to who we are and who we hope to be," Domenech said. "A year that began with a promise that now we could return to normal and ended with a horrifying possibility that this, all of this terrible this is normal now."

Domenech outlined the top stories of the year, including the war between parents and school systems, the increased divide between the elite class and the American people, the surging crime rates as a result of far-left bail reform policies, and the ugly "truths" exposed by a pandemic that continues to rage in various parts of the world.

DOMENECH: BIDEN DOUBLING DOWN ON POLICIES THAT AREN'T WORKING

"It was a year when court cases were at the center of the national discussion. Kyle Rittenhouse, Derek Chauvin, Jussie Smollett, Ghislaine Maxwell. For the results of the biggest cases, we will have to wait until next year when the Supreme Court will weigh in on Joe Biden’s unconstitutional vaccine mandate and decide whether, despite the longstanding dominant legal regime of infant murder, the question of abortion will finally be returned to the people."

The dominating stories of the year were all "sold to the people under false narrative of tolerance, kindness and love," Domenech said, scolding left-wing politicians for operating under the belief that "as long as the message is that you care, it doesn’t matter that your policies ruin lives, destroy livelihoods and make wreckage of great American cities."

"Let 2022 be the year where we say enough, no more." the host declared. "When we demand more of our nation, our neighbors and ourselves, things cannot continue as they are. This is not the new normal," he said. "We refuse to let it be. Because we are awake and we will not sleep until the reckoning comes."