Ben Domenech, publisher of The Federalist, discusses the administrations missteps since taking office and what it would take for Biden to get back in good favor with Americans.

Ben Domenech, publisher of The Federalist, criticized the Biden administration for consistently turning to lockdowns and mandates as a way to combat the pandemic and for failing to admit the negative aspects of those policies. On "The Brian Kilmeade Show" Wednesday, Domenech said there is a path for Biden to turn things around but the White House is, instead, sticking to those failed ideas.

BEN DOMENECH: It's new to insist that we have to default to these policies that we all know don't work, including policies of lockdowns and mandates. They really only have one speed to turn to. And I think that that's something that they're doing in part because in order for them to actually be honest about what's going on, they would have to admit a number of things. They would have to admit that people who were early critics of the approach to lockdowns and preventing people from going back to work, preventing people from being able to go to school – they were wrong when they were criticizing them for making that argument. … There's a real into doubling down right now on the part of a lot of our leadership, particularly within this White House, that refuses to go in any way to admit that this was an approach that was wrongheaded and that there was any downsides to it.

Any smart, competent chief of staff running a White House could see that there is a lane for Joe Biden to get back to doing the things that he kind of sold himself on to the American people in the first place. What is that? It's by having people who are at the center of the political debate direct the economic policy that he has, the economic agenda that he has, as opposed to listening to his left flank. It's about sidelining the panicky people like Dr. Anthony Fauci, who only have one setting on this thing. It's about basically insisting that we take on these teachers unions, organizations that have played so many games with our kids. These are all things that it is absolutely in the president's power to do. But he's not doing them because the White House, as I said, is just doubling down on all the things that haven't worked at this point. It's very short-sighted. It's a mistake, and I think there's going to be a political backlash to it that they experience in the coming year. 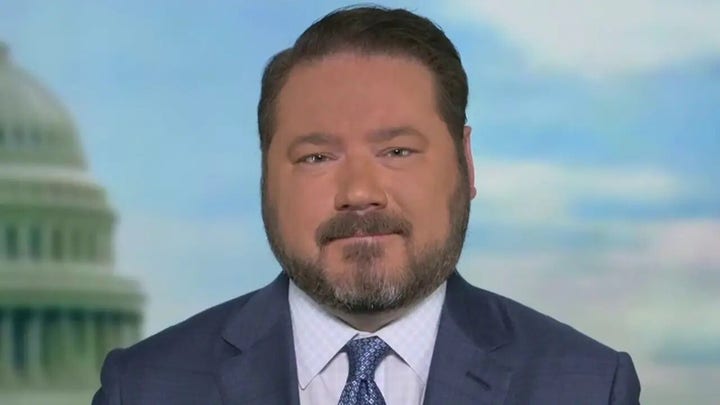