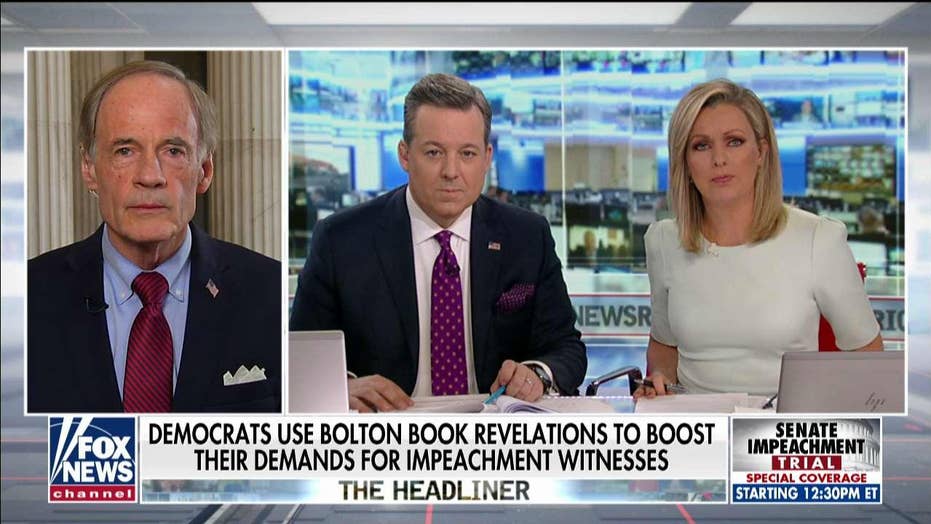 Sen. Tom Carper, D-Del., said former National Security Adviser John Bolton has "credibility" on both sides of the aisle and all senators should want to hear what he knows about why President Trump withheld military aid from Ukraine last summer.

Speaking on "America's Newsroom," Carper was pressed on whether it was a mistake for the House of Representatives not to subpoena Bolton to testify before the approved the articles of impeachment. He accused the Trump administration of undertaking a "government-wide effort" to stonewall the House from obtaining key documents.

"We just need to know the truth. ... Let's just hear from the people who know what went down, when it went down. That would be great, that would enable us all to go forward," he said, arguing that if the House had subpoenaed Bolton, it would have triggered a lengthy court battle.

The leaked claims from Bolton's forthcoming book are fueling a new confrontation between congressional Democrats and Trump-allied Republicans over whether the Senate should hear from witnesses in the impeachment trial. 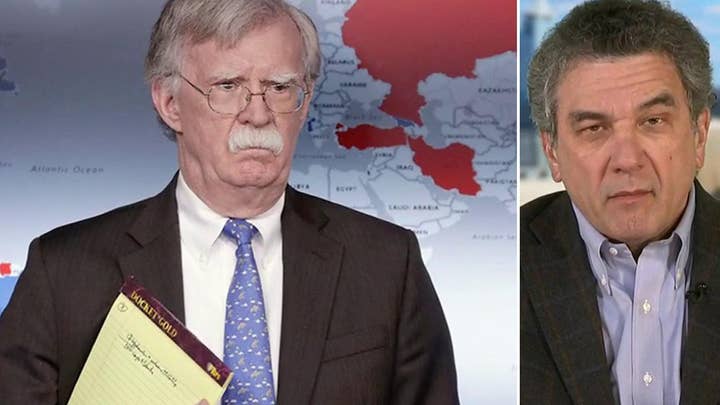 "I think Bolton has a lot of credibility. Not just among the Republicans but our side as well. He's a notorious note-taker," said Carper, adding that senators deserve access to Bolton's "notes and his voice."

"We shouldn't be afraid of the truth. ... That's what we all want, to protect our democracy. I am fearful that our system of checks and balances, which is the underpinning of our democracy, is being undermined, and we can stop that," he said.

The revelation, reported by The New York Times, that Trump connected frozen aid to Ukraine to investigations into the family of 2020 rival Joe Biden could throw a wrench into Senate Republicans' plans to quickly move toward a vote on whether to convict or acquit the president. Democrats have been pushing to have the Senate hear from Bolton, among other witnesses who did not provide testimony to the House during the impeachment inquiry. Their calls got new life Sunday.

Meantime, Rep. Adam Schiff said Monday that the new report "blasts another hole" in President Trump's impeachment defense. The Calfornia Democrat, who serves as the House's lead manager in presenting the impeachment case to the Senate trial, responded on CNN to the New York Times report. 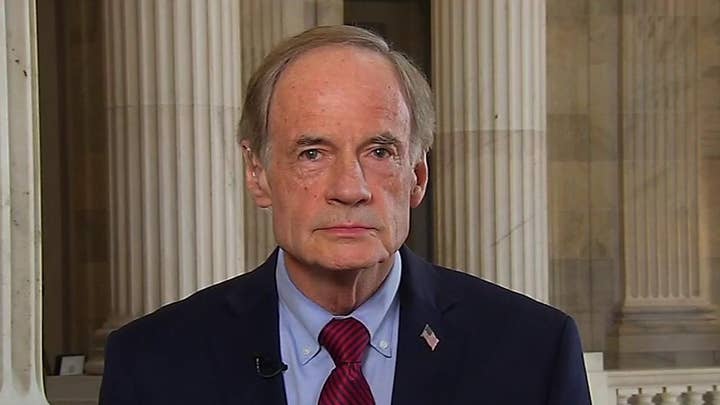 "This would be another witness that would corroborate in very direct terms, if this report is accurate, that the president told him unequivocally he was holding up the money until Ukraine did these investigations. It completely blasts another hole in the president’s defense," said the House Intelligence Committee chairman, adding that Bolton's claim is backed up by previous testimony in the House by EU Ambassador Gordon Sondland.