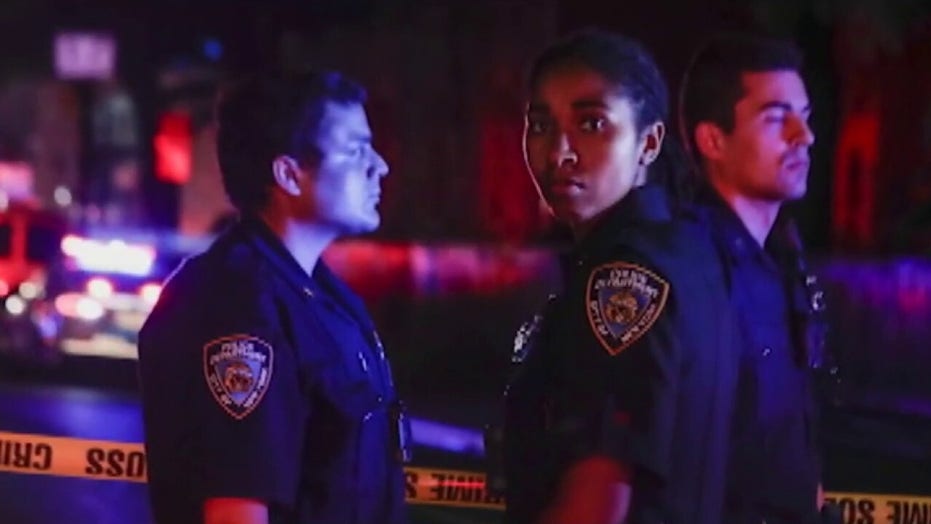 Protesters call for cities and states to defund the police

In an interview on "Outnumbered Overtime" with host Harris Faulkner, Gamaldi said that he recognizes that the "radical" idea makes for a popular Twitter hashtag that "all the virtue-signaling politicians and Hollywood elites" can use, but is not sure that those calling for defunding law enforcement know what that process would "actually look like."

"In every major city, we are short police officers. They’ve made it a point to not staff us to the point that we need to be. And now, violent crime is up in almost every major city," Gamaldi continued.

Protesters clash with Houston Police officers, angry about the death of George Floyd, as they took to Bagby Street near City Hall, in Houston, Friday, May 29, 2020. Floyd the man originally from Houston, who died while he was in the custody of Minneapolis police earlier this week, which has sparked protests throughout the country. (Karen Warren/Houston Chronicle)

Gamaldi pointed out that in Houston, Texas, where he is president of the Houston Police Officers Union, murders are up 48 percent and aggravated assaults are up 22 percent.

"Our response times continue to skyrocket. And, now you are going to defund the police? What sense does that make?" he asked. "And, I’ll tell you: from the people [who] I speak within the community, they don't want [fewer] police officers; they want more."

On Wednesday Los Angeles Mayor Eric Garcetti announced that they would slash up to $150 million from the Los Angeles Police Department budget to reinvest into communities of color. San Francisco Mayor London Breed followed suit, tweeting that she would "lead the effort to redirect funding from the SFPD to support the African-American community in the upcoming budget."

In Minneapolis, Jeremiah Ellison -- a city councilman and son of state Attorney General Keith Ellison -- called for the "dismantling" of the Minneapolis Police Department (MPD).

"We are going to dismantle the Minneapolis Police Department," Ellison tweeted Thursday. "And when we’re done, we’re not simply gonna glue it back together. We are going to dramatically rethink how we approach public safety and emergency response. It’s really past due."

These comments follow days of nationwide protests -- mainly peaceful -- over police brutality and the death of 46-year-old George Floyd while in the custody of Minneapolis police officers. The officers who were captured in the now-viral video of Floyd's death were fired shortly after and have since been arrested.

"Well, yeah, I think we absolutely need to have all of these conversations. What happened in Minneapolis was abhorrent," Gamaldi affirmed. "And, we all need to be talking with our communities, we need to be listening right now, and we need to see: can we come together on a few different issues?"

Gamaldi told Faulkner that everyone could agree there "needs to be some reforms like a nationwide de-escalation training for officers," but that that reform would not happen unless everyone was at the table together.

"Well, you know, I think when people don't even consult with us before making decisions like that or putting things out," he added. "And, most recently here in the city of Houston we’ve had people say ‘You need to ban chokeholds.’ Well, we’ve never even had chokeholds here.

"So, I think in situations like this, emotions run high. Everyone needs to take a breath. Let’s figure out some solutions," Gamaldi advised. "But, defunding the police department when violent crime is already through the roof is not the answer.The only people that are going to suffer are hardworking, law-abiding people of our community.

"But let’s have these conversations. Let’s sit down and talk about it. Let’s just not immediately jump to conclusions that we need to defund police officers. It’s completely ridiculous," he said.