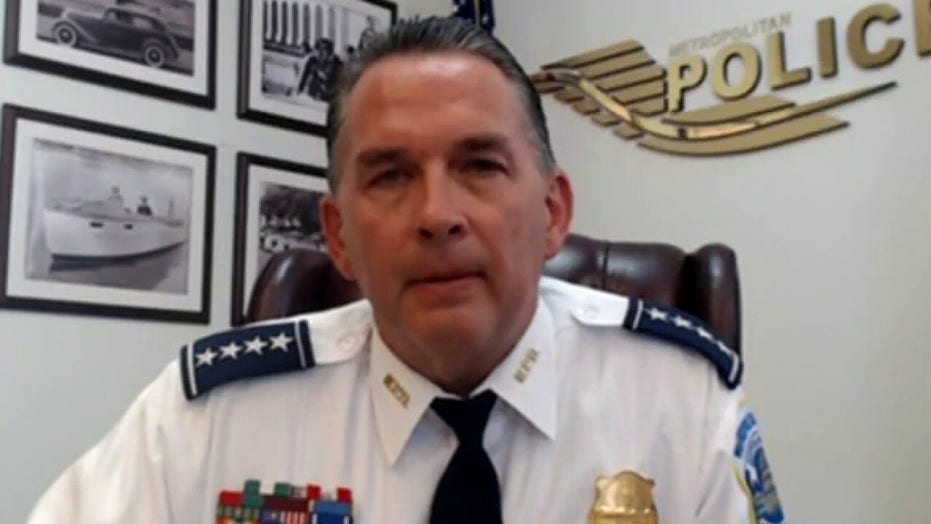 D.C. Police Chief Peter Newsham opens up about how his officers are working to control protests.

District of Columbia Metropolitan Police Chief Peter Newsham condemned attempts by protesters to tear down a statue of Andrew Jackson in Lafayette Square Monday night, telling "Your World" such actions are "not civil behavior."

"We had an attempt last night from some agitators trying to pull a statue down," Newsham told host Neil Cavuto. "We understand that people are passionate about what these statues might represent to them, but regardless of how you feel about any statue or any piece of property in our city, there are ways to legally and peacefully address those issues and we can't tolerate people destroying property in Washington, D.C.

"We have some pretty basic rules in the District of Columbia with regard to demonstrations," Newsham went on. "We openly invite anybody in this country, or in the world for that matter, to come to Washington, D.C. and peacefully protest. But if you're going to destroy property and hurt people, we are going to do everything we possibly can to hold you accountable." 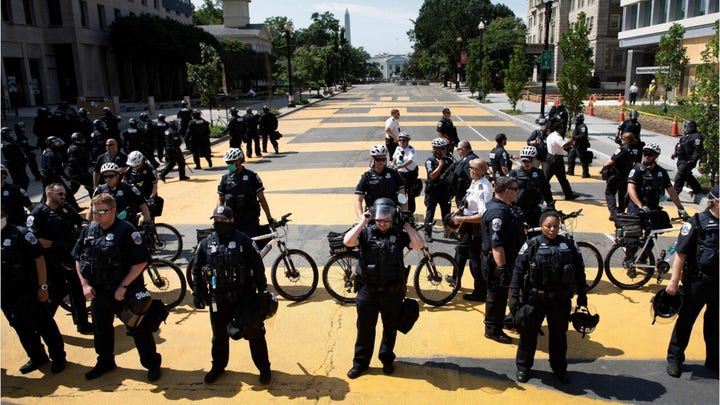 The chief told Cavuto that most of the protests on the streets of Washington have been peaceful and described the group who attempted to tear down the Jackson statue as a "small group of people intent on destroying property."

"I don't think anybody, any civil-minded person, likes to see the type of violence where somebody's going to actually pull down a piece of property anywhere in the United States, so I think we have a responsibility to tell people that if you're going to be involved in that behavior, we have no other choice," he said.

"This is a civil society and that is not civil behavior -- to tie ropes around any piece of property and pull it down. If you want that property to be removed, do it in a legal and peaceful way, that's all we are asking."

On Tuesday, police cleared protesters from an area outside the White House, pushing them beyond a space that had been dubbed "Black Lives Matter Plaza." Graffiti reading "Defund the Police" was also scrapped off the street surface.