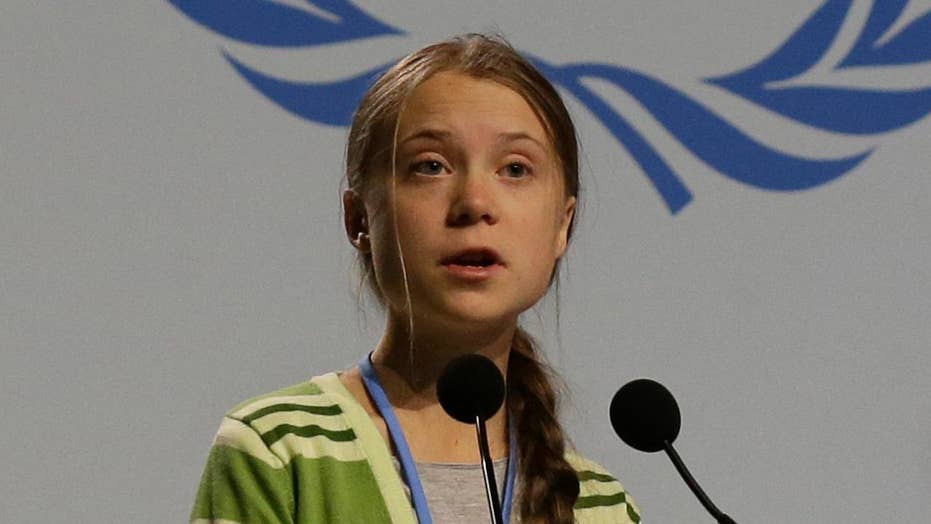 The panelists of "The Five" commended co-host Dana Perino Wednesday after she correctly predicted earlier this month that Time Magazine would pick teenage climate change activist Greta Thunberg as their "Person of the Year."

Perino said she had faith in her prediction because the media was "predictable" and criticized the magazine's decision.

"She basically does not go to school so that she can do climate protests all the time," Perino said. "She is achieving, telling kids it's cool to get famous by not going to school and protesting."

"Here's the reason why this choice is made," co-host Greg Gutfeld said. "It makes white liberal editors and media hacks feel like they're doing something by reporting it, even though it's wasteful energy because she's saving no lives."

Gutfeld also argued that picking Thunberg "serves as a bait to entice critics to go after a child," which in turn distracts from Thunberg's cause.

"That child can falsely call people a murderer with a mob egging her on but if you say, 'no, she's being exploited,'" Gutfeld said. "They come after you."

"The hard truth is that the liberal media only cares about her because she serves their climate change agenda," co-host Katie Pavlich noted. "If this was a young person who had questions about climate change or is doing other things in a reversal of what the left wants everyone to believe, she wouldn't be as famous as she is."

Pavlich added that Time should have picked pro-democracy protesters in Hong Kong for the honor, a choice the rest of the panel agreed with.

All the co-hosts wished Thunberg well but Gutfeld also added that Thunberg's story may not end well.

"We're chasing the apocalyptic fervor of a young child that actually alleviates the guilt of white liberals," Gutfeld said. "And it's not going to end well, because sooner or later she's going to be an adult and where are all her fans going to be?"