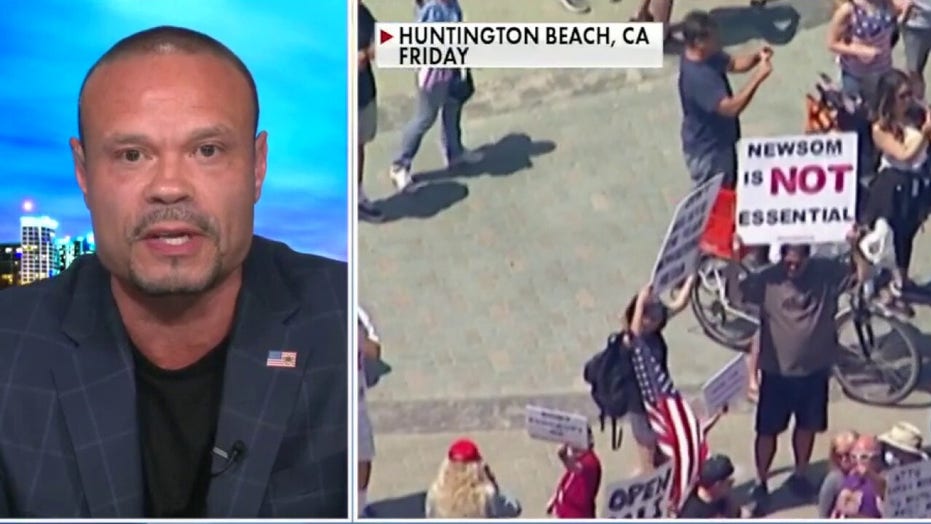 “I'm still having a hard time digesting where these governors think they are getting this authority from,” Bongino, a Fox News contributor, said on “Fox & Friends” on Monday.

“To all the tyrants and mini-tyrants out there trying to shut people in their homes with very little evidence to base it on and treating them like kids in the process, the Bill of Rights was not a suggestion, okay. The Constitution is not optional.”

Last week, Newsom ordered Orange County beaches to close in order to help slow the spread of the coronavirus. He made the decision after learning an estimated 80,000 people showed up to nearby Newport Beach during a heatwave the weekend before. Many had traveled to Orange County beaches because those in neighboring Los Angeles and San Diego counties had been closed to help stop the spread of COVID-19.

In response to his order, hundreds of protesters flooded the city of Huntington Beach to demonstrate against the action.

Protestors held signs with slogans such as, “Open Cali Now,” “All Jobs are Essential” and “Surfing Not a Crime/Newsom is a Kook.” 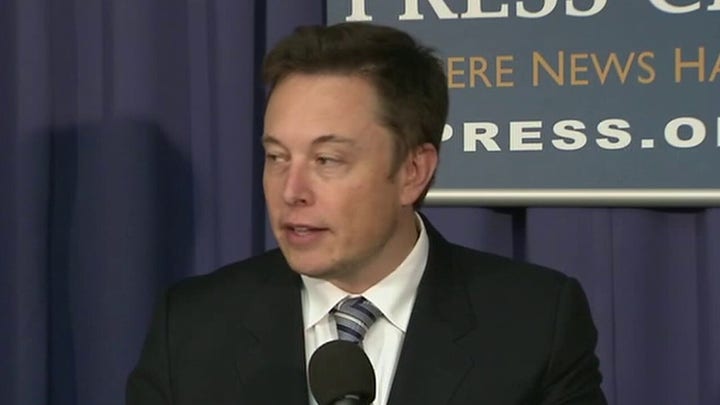 The protest followed a similar one in the city two weekends ago, when demonstrators called for a reopening of the state's economy after a month under Newsom’s stay-at-home order.

“You can't have it both ways," he added. "You can't say on one hand, ‘Yeah, we believe in the science, the data, the facts and the figures’ and then when the science and the data says there is very little evidence of significant outdoor transmission [of COVID-19] and there is very little evidence that if you are six feet apart or more you’re going to get this, there is a low probability of catching it, and then say, ‘But we are going to close the beaches too.'

“Do you believe in the science or don't you?”

Bongino’s message for Newsom: “Stop treating people like infants. American citizens can handle this and be responsible.”

He also brought up Michigan Gov. Gretchen Whitmer, who last week extended the state’s stay-at-home order through May 15. She did, however, loosen some restrictions beginning Friday.

On Thursday, demonstrators in Lansing congregated at the state capital holding American flags and handmade signs – and with some carrying firearms. The rally came as some people living in Michigan have continued to demand Whitmer roll back her stay-at-home order in an effort to reopen the state's economy and allow residents to resume daily activities.

“I don't understand where you got this power,” Bongino said criticizing some of the governor’s decisions. “And I don't understand on one hand how you keep indicating facts, figures and data matter, but ignoring the fact… you are crushing the economy.” 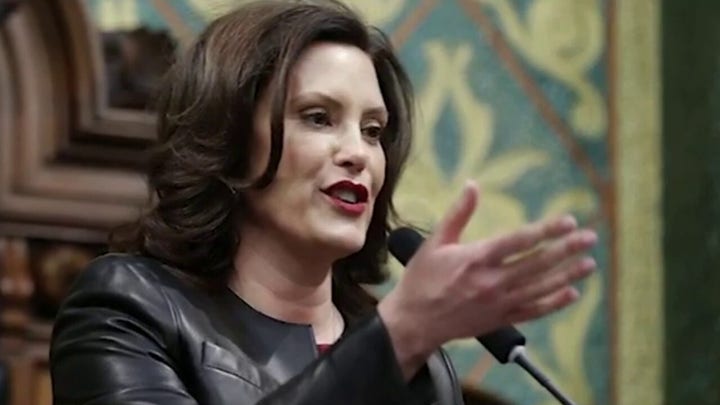 Bongino mentioned that it is a “bipartisan issue” and also brought up the fact that New York Gov. Andrew Cuomo and Republican Maryland Governor Larry Hogan are contributing to the problem.

“Have they thought this through?” Bongino asked. “Forget about the money for a second and people's jobs. That matters. But put that aside. What about the hospitals that are claiming they are going to go bankrupt? Have you thought that through?”

He went on to note that “the food supply that's drying up.”

“In the name of public safety, you are going to bankrupt our hospitals, you imbeciles, and you are going to dry up our food supply, starve people to death. Good job,” Bongino said, directing his comments to the governors. “You guys really thought this through you knuckleheads."

"This is really the tip of the spear of stupidity," he concluded.