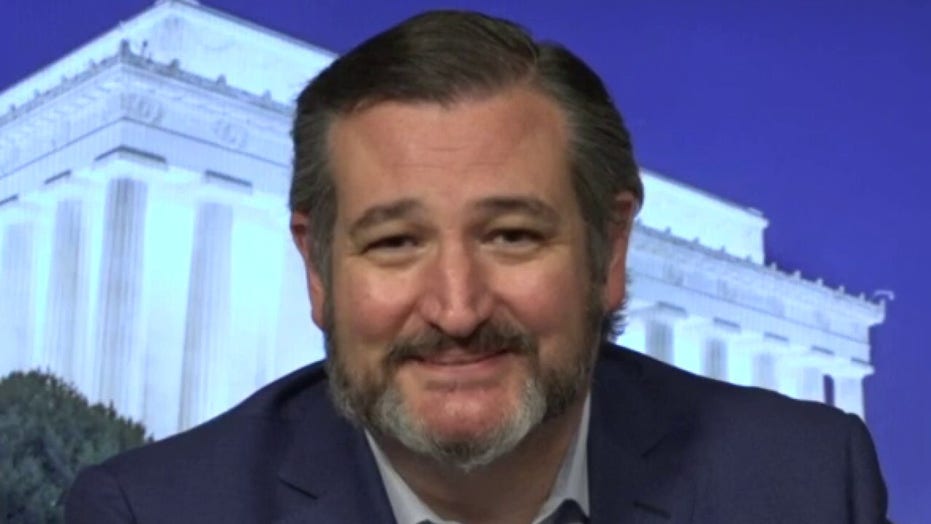 Sen. Ted Cruz, R-Texas, joined "Tucker Carlson Tonight" Tuesday to discuss a bill he drafted that would prevent the Pentagon from cooperating with movie studios who censor their productions to appease Chinese authorities.

Before Cruz joined the program, host Tucker Carlson reported that in the forthcoming feature "Top Gun: Maverick," the Taiwanese flag has been removed from the jacket worn by Tom Cruise's titular character so the film is not prevented from reaching the Chinese market.

"The problem with China generally is enormous, and I think this should be a wake-up call to the entire world; this pandemic that is playing out," Cruz said. "And when it comes to Hollywood, Hollywood is not an innocent bystander here. Hollywood is fully complicit, Hollywood works with the Chinese censors -- Hollywood has been willing over and over again, there's so much money at stake."

Cruz then turned to the sequel to 1986's "Top Gun," which he described as the greatest U.S. Navy recruitment film of all time.

"They didn't just change the Taiwanese flag, they also removed the Japanese flag," he said. "Both of them were on the back of Maverick's jacket and the studios didn't want to tick off the Chinese censors so they pulled it down.

"What are we saying to the world? That Maverick is afraid of the Chinese Communists?"

Cruz added that he received backlash when he pointed out that China appeared to have demanded the censorship of scenes in the recent film "Bohemian Rhapsody" that dealt with the sexual orientation of Queen frontman Freddie Mercury.

He said Chinese film censors demanded the studio edit out scenes depicting homosexual encounters involving Mercury, which were duly cut out. Cruz said such actions were ironic, given Hollywood's "virtue signal[ing] about their courage and free speech and artistic integrity."

"Several LGBT magazines began attacking me -- 'How dare Ted Cruz stand up and fight for gay rights?" he remarked.

"You can't tell Freddie Mercury's life without acknowledging that he was gay, it was a big part of his life, and he was an incredibly talented musician," the Houston lawmaker added.