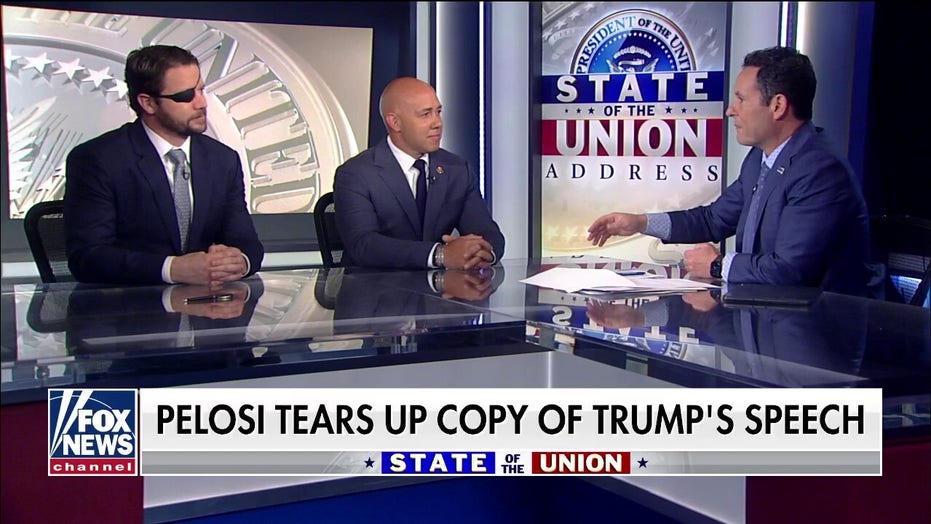 “It was childish, it was petty,” Crenshaw said about Pelosi ripping up the speech on “Fox & Friends.”

“They can’t stand the thought of anything good classical American or any good accomplishments being talked about by President Trump,” Crenshaw, R-Texas, said.

Crenshaw, who lost his right eye in an explosion in Afghanistan, also noted that Trump’s speech was positive and did not take credit for the accomplishments.

Pelosi ostensibly tore her printed copy of the speech immediately as the president wrapped up his remarks Tuesday night.

Mast, a retired Army Ranger who lost his legs in an explosion, said that he is glad she did it because it showed America “how exactly she feels.” 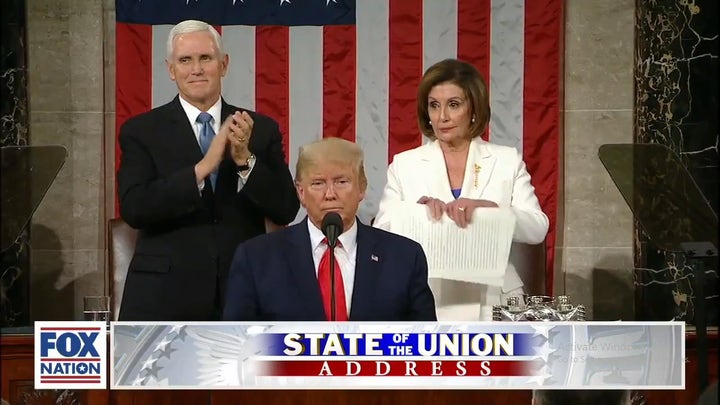 “I would have loved to have a copy of that. We should’ve put it in the Smithsonian,” said Mast, R-Fla.

When Fox News asked her afterward why she did it, she responded: "Because it was the courteous thing to do considering the alternatives." She added: "I tore it up. I was trying to find one page with truth on it. I couldn't."

On the heels of an impeachment trial, which is expected to end in an acquittal on Wednesday, the tension was palpable between Pelosi and Trump. The president apparently "snubbed" the speaker when she tried to shake his hand as he handed printed copies of his address to her and to Vice President Mike Pence.