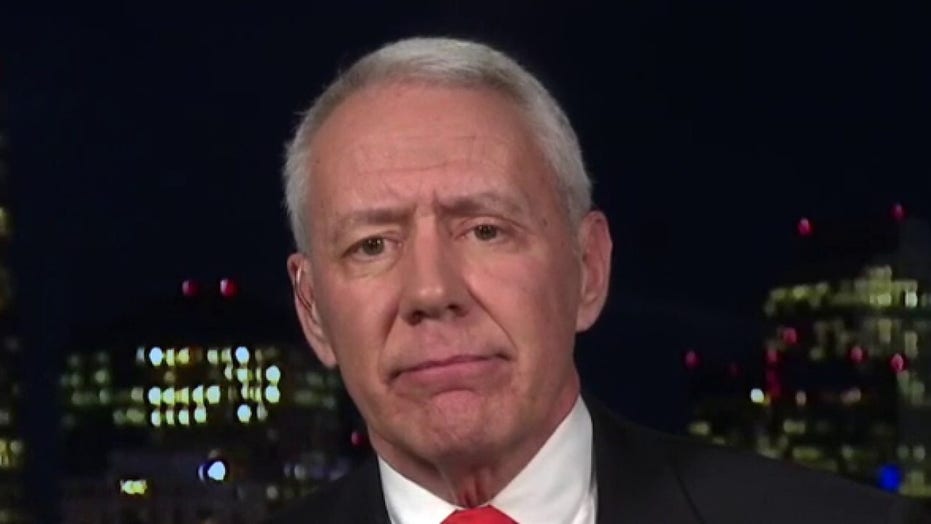 Colorado Republican Rep. Ken Buck speaks out against the politicization of coronavirus.

House Speaker Nancy Pelosi's add-ons were the reason why a Colorado Republican voted against the $8.3 billion coronavirus bill that President Trump signed into law earlier in the day, the lawmaker said Friday night.

"The president asked for $2.5 billion. I would have supported that," Rep. Ken Buck said during an appearance on Fox News' "The Ingraham Angle." But then the actions of Pelosi, a San Francisco Democrat, prompted him to change his mind.

"The speaker decided to add all sorts of Christmas-tree ornaments to this bill. It was unnecessary. It was too much money," he said.

TRUMP SIGNS $8.3B CORNAVIRUS SPENDING BILL: 'IT'S AN UNFORESEEN PROBLEM'

"The speaker decided to add all sorts of Christmas-tree ornaments to this bill. It was unnecessary. It was too much money."

Besides Buck, only Rep. Andy Biggs, R-Ariz., also voted no when the House approved its bill Wednesday in a 415-2 vote. The Senate passed its version Thursday in a 96-1 vote, with only Sen. Rand Paul, R-Ky., opposing the plan.

Buck's office later told Fox News that his objections to the bill include not only the overall cost, but aspects including $1.25 billion that is marked for use in other countries, as well as $500 million in Medicare telehealth funding. His office also said that the bill outlines funding to stockpile masks, gloves and other things with no plan to make sure they get distributed to medical professionals instead of being stored up in a warehouse.

In his conversation with guest host Tammy Bruce, Buck added it was "unfair" for critics of President Trump to blame him for the coronavirus outbreak, which he said was a situation that called for unity among the American people, not political division.

"And to try to lay this issue, which starts in China, comes the United States and is being handled as well as we could possibly hope -- to try to lay this at the president's feet as unfair," he added. "And I think most people have seen three years of unfair treatment by the Democrats of this president."

In an interview on "America's Newsroom" with host Laura Ingle, Adams said the Trump administration wanted the public to know the risk of infection and be prepared, but not to panic.