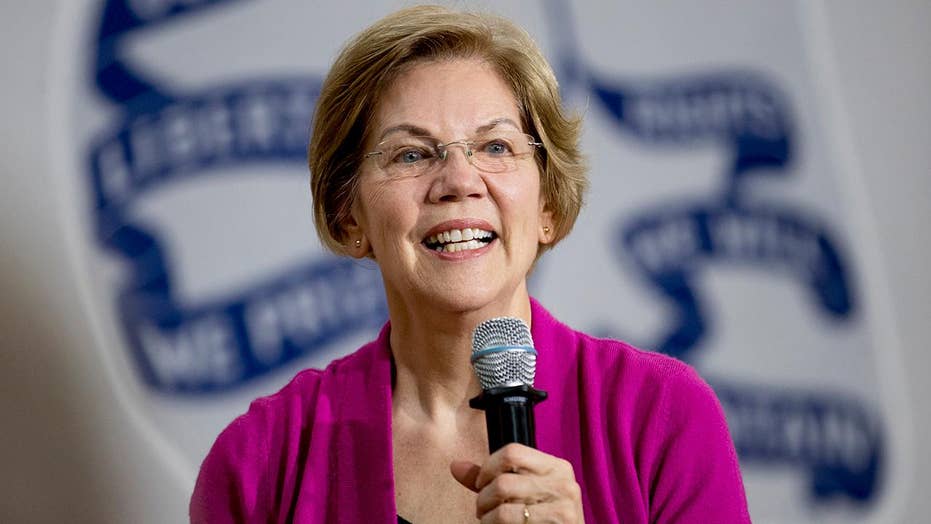 University of Memphis law professor Steven Mulroy discusses the effectiveness and history of the Electoral College.

In a column published Monday, “What Elizabeth Warren's statements on Qassem Soleimani really tell us,” the far-left CNN analyst put a spotlight on her inconsistent statements. Cillizza noted that Warren initially called Soleimani a "murderer" after he was killed by a U.S. drone strike, but three days later referred to him as "a government official, a high-ranking military official." Warren also suggested that “Trump may have ordered the killing of the Iranian commander to distract from his pending impeachment trial in the Senate,” according to Cillizza.

“Which, wow. We went from ‘murderer’ to ‘wag the dog’ in the space of a few days,” Cillizza wrote. “Which is mind-bending. And confusing.”

The CNN pundit then explained that Warren’s “rapid change of heart on Soleimani” was the result of the far left not caring for her initial response.

“And she needs those voters to have a chance at winning the Democratic presidential nomination this year,” Cillizza wrote.

Conservative strategist Chris Barron told Fox News that “the real loser” in a feud between Cillizza and Warren is CNN.

“It’s no secret that few serious political people on either side of the aisle have an ounce of respect for Cillizza. It’s a mystery why CNN continues to employ one of the true intellectual lightweights of political punditry,” Barron said.

Political satirist and “No Things Considered” host Tim Young said that Cillizza simply called out Warren on something that most people already know.

“Warren will say anything to win. Whether it be her fake Native American heritage or twisting tales about how her children only attended public schools, she has a long track record of false statements, and her inauthenticity has become old news, unless you work for CNN, where they seemingly believe that no Democrat can do any wrong,” Young told Fox News.

While Young feels that Cillizza was simply pointing out the obvious, Warren supporters ridiculed him on social media for pointing out her shifting statements.

“Literally, all of this is true, there is no problem here except with perhaps your brain,” a liberal activist wrote, while another joked, “He says his name is ‘Chris Cillizza’ but his handle is ‘CillizzaCNN,’ how do you explain the contradiction??! It can't be both!”

In April 2019, the State Department announced Iran was responsible for killing 608 U.S. troops during the Iraq War. Soleimani was the head of the Iranian and Iranian-backed forces carrying out those operations. According to the State Department, Soleimani orchestrated some 17 percent of all deaths of U.S. personnel in Iraq from 2003 to 2011. Despite that history, several prominent Democrats and liberal media members have condemned Trump for ordering the drone strike that killed him.

Meanwhile, Cillizza, who once published a fictional article about Trump refusing to leave office after a 2020 defeat, is regularly mocked on social media for his over-the-top opinions. Last year he managed to find a whopping 41 “shocking” lines from Trump’s announcement that ISIS leader Abu Bakr al-Baghdadi killed himself as U.S. troops approached. The CNN analyst also attempted to lampoon Trump for declaring al-Baghdadi “died like a dog” and complained that he thanked Russia and Turkey for helping with the raid.