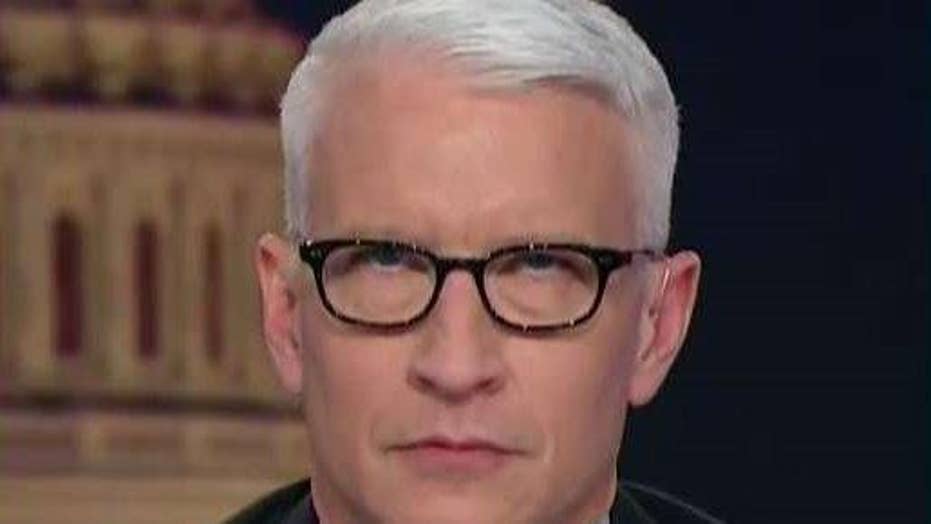 In CNN interview with Conway

CNN anchor Anderson Cooper took a rare moment for the network and expressed regret of some of this own hostile rhetoric toward President Trump.

On Thursday, the anchor blasted the president over remarks he made at the news conference declaring victory in the presidential election despite Fox News' projections at the time showing Joe Biden in a significant lead to the essential 270 electoral college votes, which he later clinched on Saturday with Pennsylvania and Nevada.

"We have never seen, really, other than -- well, I don't think we've ever seen anything like this from a president of the United States," Cooper began. "It's sad and it's truly pathetic. And of course, it's dangerous and of course, it will go to the courts but if you'll notice, the president did not have any evidence presented at all. Nothing. No real actual evidence of any kind of fraud."

ANDERSON COOPER: TRUMP'S LIKE AN 'OBESE TURTLE FLAILING IN THE HOT SUN, REALIZING HIS TIME IS OVER'

He continued, "That is the president of the United States. That is the most powerful person in the world and we see him like an obese turtle on his back flailing in the hot sun, realizing his time is over, but he just hasn't accepted it and he wants to take everybody down with him, including this country."

During Saturday's coverage of Biden's victory, Cooper appeared haunted by his insult toward the president after CNN contributor Andrew Yang echoed the anchor's rhetoric.

“I’m happy to say it seems like Trump is going to be, in your words, an obese turtle on his back just flailing around, Anderson," Yang chuckled, "while Joe and Kamala starting to put the work in to build the team to figure out how we’re going to address the coronavirus, the recession, and so many of the other problems.”

After Yang finished his comments, Cooper took a moment to walk back his own words against the president.

"By the way, I should say that I regret using those words, ’cause that’s not the person I really want to be," Cooper said causing Yang to burst out laughing. "And, uh, yeah, it was in the heat of the moment, and I regret it.”

This wasn't the first time that Cooper, who was previously given the honor to moderate a presidential debate during the 2016 election, has made fun of President Trump's physical appearance.

Back in May, the CNN anchor blasted Trump as "just a little man despite his girth and size.” In July, Cooper slammed the president's photo-op with Goya products as progressives fueled a boycott of the company.

"Thumbs up. Orange. Grinning like he won a prize," Cooper reacted to the photo.