After a 52-48 majority vote, the Senate confirms Amy Comey Barrett as Associate Justice to the Supreme Court.

Breaking news is becoming a rare occurrence in the coverage of the two liberal news networks, particularly on the night of Amy Coney Barrett's confirmation to the Supreme Court.

CNN and MSNBC chose not to air the historic vote in the Senate that confirmed Barrett as the 115th justice and only the fifth woman to the Supreme Court. The vote resulted in 52-48 with Maine Sen. Susan Collins as the sole Republican to join Democrats in opposition.

Both networks largely covered Barrett's confirmation through the prism of the coronavirus outbreak with CNN anchors shaming the Trump administration for hosting a celebration at the White House following the previous event commemorating Barrett's nomination, which has been widely referred to as a super-spreader based on the high number of attendees who were later diagnosed with the virus.

MSNBC host Chris Hayes similarly stressed that 225,000 Americans are dead and not everyone is in a "celebratory mood" like President Trump is.

While Fox News also covered the White House ceremony marking Barrett's confirmation uninterrupted, MSNBC cut away almost immediately after a brief mention and CNN cut away moments later only to jump in for Barrett's speech.

CNN was also mocked for its onscreen graphic during its coverage of the ceremony that read, "TRUMP SUPREME CT NOMINEE ABOUT TO BE SWORN IN AT WHAT ANOTHER POTENTIAL SUPERSPREADER EVENT."

CNN and MSNBC have previously raised eyebrows for breaking stories they choose not to cover. Last week, CNN chose not to air the FBI news conference revealing efforts by Iran and Russia to interfere in the 2020 election.  CNN also skipped multiple days of Barrett's confirmation hearing, prioritizing its coverage toward Democratic vice presidential nominee Kamala Harris, who sits on the Senate Judiciary Committee. 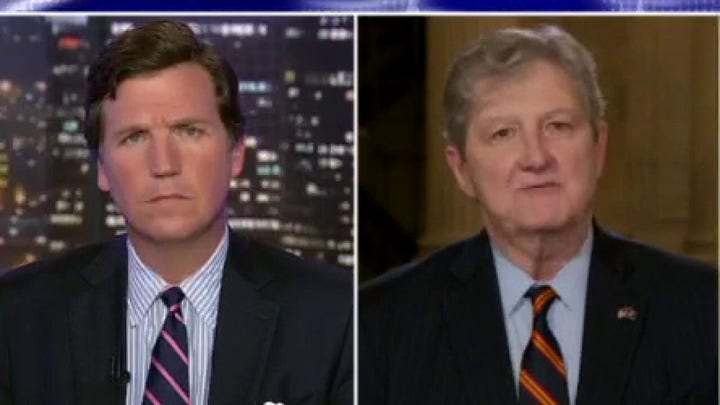 In July, both CNN and MSNBC ignored the breaking news of the mass shooting that took place in Chicago that left at least 15 people shot outside of a funeral home.