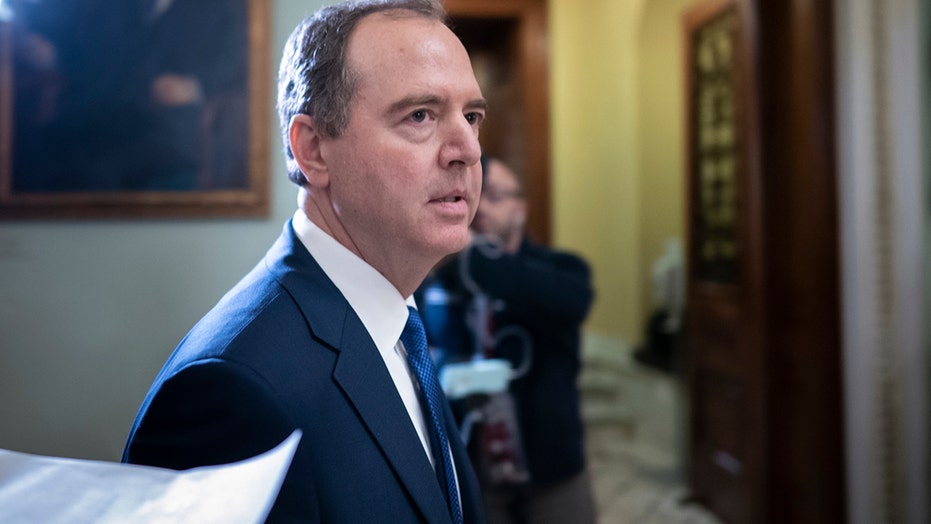 Republican Sen. Mike Braun reacts to the latest in the impeachment trial as senators enter day two of the question and answer period.

CNN anchor John King defended Republicans on Thursday, arguing they made a "legitimate point" in asking why the intelligence community whistleblower -- who brought the complaint that prompted Trump's impeachment -- hadn't been questioned.

"You're asking the Congress, the Senate now, to remove the President of the United States," King said. "It's a legitimate point for the president's team and the Republicans to say: 'Shouldn't we go to the very origin of this?'"

CNN ANALYST: IMPEACHMENT POLLING IS A 'WARNING SIGN' FOR DEMOCRATS

His comments came after Sen. Rand Paul, R-Ky., tried asking a question that mentioned the name of a person reported to be the whistleblower. Chief Justice John Roberts shut down the question, which Paul described as "atypical."

Fox News has not confirmed the name of the whistleblower.

King said he wouldn't help Paul "air his grievances" over the issue, but proposed certain questions for Democrats.

"Republicans make a good point -- the whistleblower started all of this. Why hasn't the whistleblower been questioned?" he said. "Shouldn't the House Democrats have found a secure way to do that? It's a legitimate point of debate as we go through this."

The chief justice, who plays the rare role of fielding questions during the impeachment trial, had communicated through his staff to Senate Majority Leader Mitch McConnell’s office that he did not want to read the whistleblower’s name, according to a Republican unauthorized to discuss the private conversation and granted anonymity.

Senators faced eight hours of final questions Thursday ahead of an expected vote Friday on whether to call additional witnesses. Senators could also vote Fridayon whether to end the trial with the expected acquittal of the president.